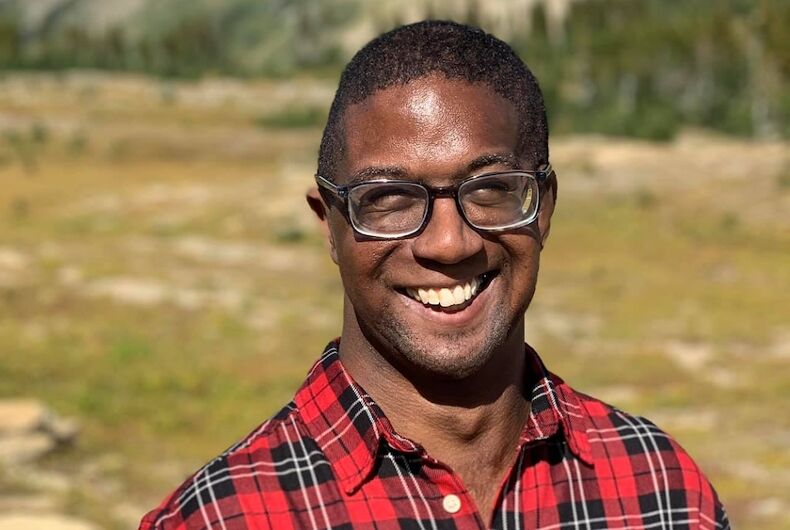 For LGBTQ people, President Joe Biden’s inauguration meant more than the Democrats taking back the White House. It meant a return to being treated as both a marginalized minority and a population with specific needs and policy goals, voters to be wooed and won over with concrete progress.

“The historic nature of having Dr. Rachel Levine as the first transgender person to serve in a Senate-confirmed appointment reverberated around the White House,” Reggie Greer, Director of Priority Placement and a Senior Advisor on LGBTQ Engagement for the Biden administration, told LGBTQ Nation. He explained that his colleagues at the White House are personally invested in seeing LGBTQ people do well.

“People were really, really ecstatic about not only having such an accomplished colleague join us at the Department of Health and Human Services, but to know that trans youth can look at our government and see someone like them serving in such a critically important role as well as we’re looking to recover from the pandemic.”

Greer himself is an embodiment of the stark difference between how the Trump and Biden administrations understand LGBTQ people.

President Barack Obama in 2009 appointed Brian Bond, who previously worked at the LGBTQ Victory Fund, to the White House Office of Public Engagement to serve as a “point person” on LGBTQ issues for the White House.

President Donald Trump didn’t pick anyone to serve a similar role in his administration, and when he actually talked about LGBTQ issues with others, it was often with Christian conservative activists who don’t even understand “LGBTQ” to refer to a group of people but as a set of issues to oppose.

That’s why it was significant when Biden appointed Greer – another LGBTQ Victory Fund alum – to a White House position, bringing back the idea that LGBTQ people are important enough to be regularly engaged with.

Greer explained that his “primary role is to be a convener in this space” and “to ensure that LGBTQ+ people have a voice in the White House.”

“LGBTQ+ stories are the best tool that any of us have, having people understand what happens to an LGBTQ person, who’s going to start a family and is going through the adoption process,” Greer said, discussing how he’s working to move the Equality Act forward. “Or having an LGBTQ+ person share a story where they’ve been denied a critical service or denied health care or turned away from housing.”

The Equality Act, which would extend federal civil rights protections to LGBTQ people, was a key promise of the Biden-Harris campaign.

But its prospects aren’t looking good; while it passed the House largely along party lines, it doesn’t appear to have the necessary Republican support to pass in the Senate or even the support of every Democrat.

LGBTQ Nation asked Greer specifically about this grim view from the outside, but Greer said he thought it’s “too early” to discuss “scenarios” of how the bill could move forward.

“We’re in the phase of simply educating people and talking to people about the core tenets of the bill,” Greer said, stressing the importance of bringing real LGBTQ people into conversations with lawmakers.

“Just having people understand that [acts of anti-LGBTQ discrimination] are sometimes daily occurrences for members of our community is the approach here,” he explained. “I want people to understand that this shouldn’t happen in the United States of America to anybody, that this is still happening to LGBTQ+ people.

“Once we’re able to share those stories, people are able to reiterate their support for not seeing this happen.”

There certainly are more LGBTQ people being brought into contact with the most powerful people in the nation this year, and not just the big names like Dr. Levine, Secretary of Transportation Pete Buttigieg, and deputy press secretary Karine Jean-Pierre.

“There are many more of us,” Greer said, amused. “On the teams that I am able to work with, you find people who identify across the entire community, who are working on issues that are directly impacting the LGBTQ+ community, in some roles that historically haven’t had LGBTQ+ people serving in them.”

“It is a testament to just how strongly President Biden feels about having members of the LGBTQ+ community serving alongside him at every level of government.”

Tom Daley can’t stomach being a Harry Potter fan because of J.K. Rowling