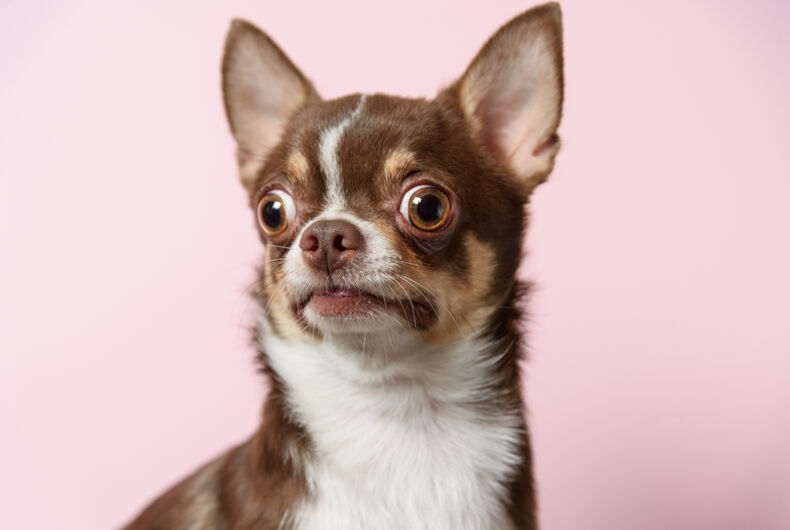 Out Transportation Secretary Pete Buttigieg and Rep. Alexandria Ocasio-Cortez (D-NY) met in a D.C. dog park and the rumors have already started flying.

Showing a photo of the out administration official with the congresswoman, comedian James Corden accused the “power couple” of making secret deals in a cute segment on the Late Late Show.

Related: Pete Buttigieg is winning over both Republicans & Democrats behind-the-scenes

“Is this what it’s like in D.C.?” Corden asked Buttigieg, laughing. “Two power players out making deals at the dog park?”

“I wouldn’t say we were making deals,” Buttigieg chuckled before laying the blame at the paws of his own dogs.

“I remember I was there with our dogs. Buddy, our puggle, got to make friends with this French bulldog. I looked up and… Congresswoman Alexandria Ocasio-Cortez was right there!”

The out former presidential candidate is making friends in Washington, D.C. as he settles into his new gig as part of the administration, but one of them stands out: President Joe Biden’s notoriously temperamental pooch, Major.