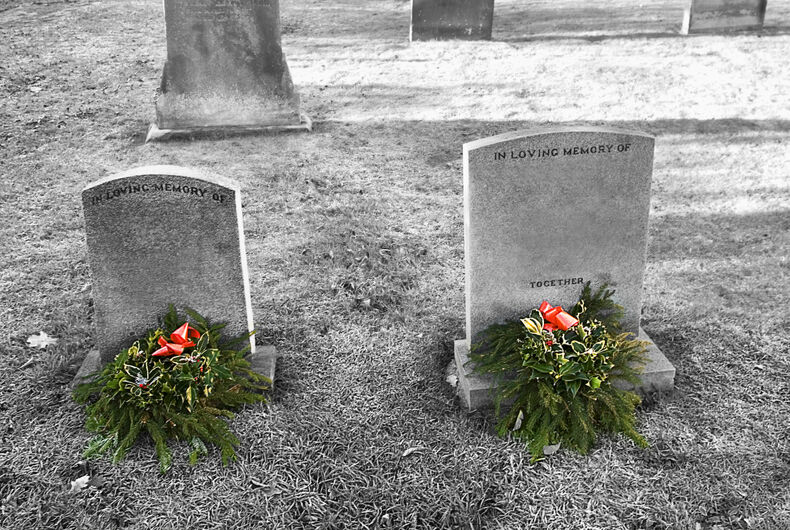 The parents of a transgender teen who died by suicide held two funerals for him because they couldn’t agree on what name to use on his headstone. His mother wanted to use the teen’s actual name while his father wanted to use his deadname.

They even went to court with their dispute and eventually agreed to divide the teen’s ashes in half and hold two funerals for him.

The 15-year-old trans boy whose name has not been made public died on March 4 in a hospital in Perth, Australia.

He had already started living as a boy and had taken on a new name, but he couldn’t legally change it because Australian law requires transgender minors to get both parents’ approval to correct their documents. And it seems like his father wouldn’t have given permission.

After he died, his father wanted the teen’s tombstone to show his deadname, or the culturally female name he was given at birth that he chose not to use after he started his transition.

His mother said that her son “would hate” to be buried for eternity under that name.

The father “wanted all the ashes [interred together] and [the teen’s] dead name on the plaque,” the mother told The West Australian. “I would agree to have [the dead name] in brackets but his [real name] first.”

She took the matter to family court. She said that she was ready to take the issue all the way to the country’s Supreme Court, although she admitted she didn’t have the financial means to do so.

The parents eventually came to an agreement. They divided the ashes in half and held separate funerals. All physical memorials like tombstones will have to use both first names.

The mother said that hundreds of people, including people she didn’t know, came to the memorial service she held for her son.