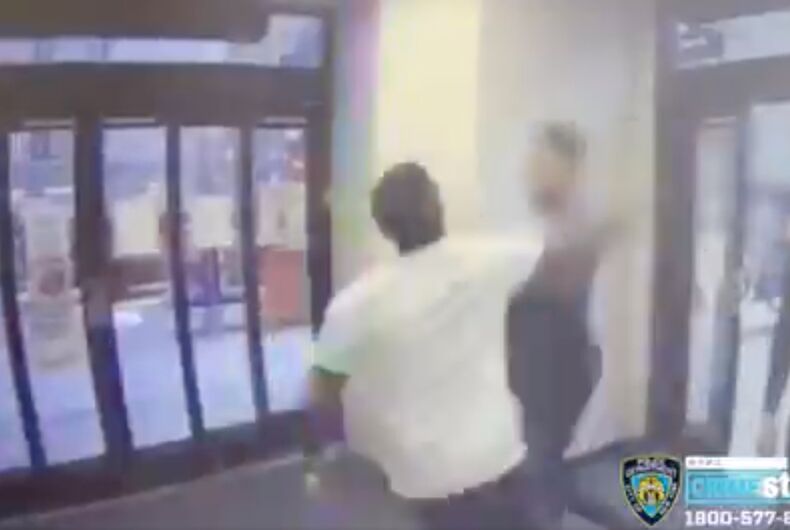 In what may have been an anti-gay hate crime, a man was caught on video punching another man in the back of the head outside of a CVS in Midtown Manhattan.

According to the New York Police Department (NYPD), the gay 24-year-old victim was walking into the CVS on 34th street and 8th avenue on April 24th, when the unknown attacker, who was shouting homophobic comments, assaulted the man on his way out of the store.

In the video released by the NYPD, the attacker can be seen winding up and swinging hard into the back of the victim’s neck, seemingly out nowhere as the victim simply attempts to walks by.

While the video has no sound, the NYPD confirmed that the attacker was making anti-gay remarks, saying things like, “fucking gays,” and “faggot.”

The attacker then fled the scene on foot.

The incident is being investigated by the NYPD’s Hate Crime Task Force.