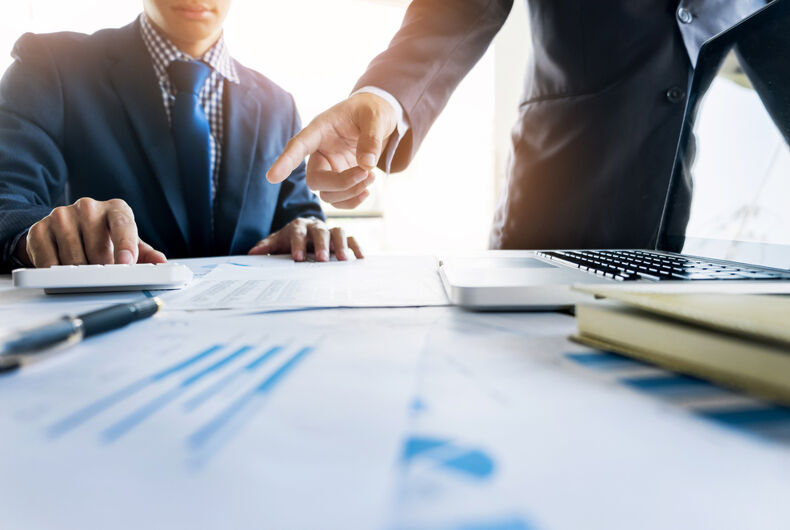 Amy Mudd and her wife were left “feeling hurt and discriminated against” after they went to get their taxes prepared at Aries Tax Service in Radcliff, Kentucky.

Ken Randall, the tax preparer, had posted a big sign on his door that listed all the required documentation plus the disclaimer, “Homosexual marriage not recognized.”

Related: Dolly Parton & RuPaul are together again… in a Southern hair salon’s mural

“We have a wonderful family, and to be shamed because of who I love is awful,” Mudd told The Courier Journal. “It’s 2021 and I’ve never understood why discrimination is a thing.”

For his part, Randall is unapologetic and says he has “moral objections to homosexual marriage.” It is not discrimination, he says, because he will prepare taxes for LGBTQ people who aren’t married because he doesn’t ask anyone about their sexual orientation or gender identity.

“I have filed and do file for homosexuals who are single, as I do not ask about sexual preference prior to filing a return,” Randall told the paper. “This is legal, as I have already researched this.”

He is also an insurance broker who advertises his business as “The Place To Go When You’re Told No.”

Randall is correct, however. Kentucky does not have a statewide nondiscrimination law that includes public accommodations. While some localities have passed similar laws, Radcliff is not one of them.

In 2019, a tax-filing business in Indiana refused to serve a lesbian couple, citing the business owner’s religious beliefs. Nancy Fivecoate, the owner of Carver Tax Service, also used the same reasoning to defend her discrimination against gay couples. Indiana also lacks public accommodations protections so there were no legal repercussions for the blatant discrimination then either.

Joe Biden addresses transgender community: “I see you, I hear you, and I’ll continue fighting”