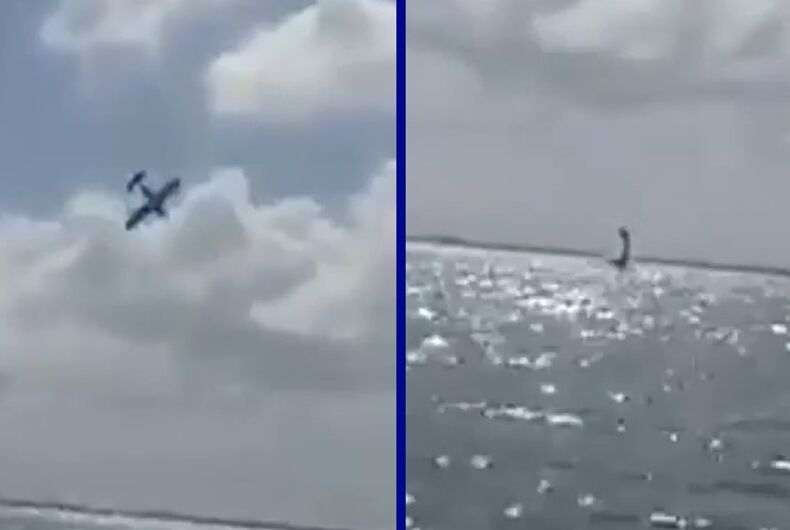 The plane as it crashedPhoto: Screenshot

Two people died as a crowd cheered for a gender reveal stunt that resulted in a plane crash.

The tragedy occurred at 3:30 yesterday afternoon near Cancun, Mexico as people watched the plane fly, which revealed a fetus’s sex with a banner.

Related: Father-to-be killed in a gender reveal explosion for his first child

People can be heard in the video talking and cheering as the plane showed that the fetus is female.

“It’s all good as long as it doesn’t end up crashing into us,” someone joked in the crowd, according to The U.S. Sun.

The plane then took a sharp nosedive into the sea as people screamed. “Surely this can’t be happening,” one person said.

The navy helped with the rescue effort. One of the co-pilots died before being rescued. The other was reportedly rescued alive and then died while receiving first aid. Two other people on the plane were saved and are alive.

According to local media, the plane was a Cessna 206 and was flown by the company Xomex, which was hired by the family to do the gender reveal stunt.

From running for Congress to making movies, women are getting it done