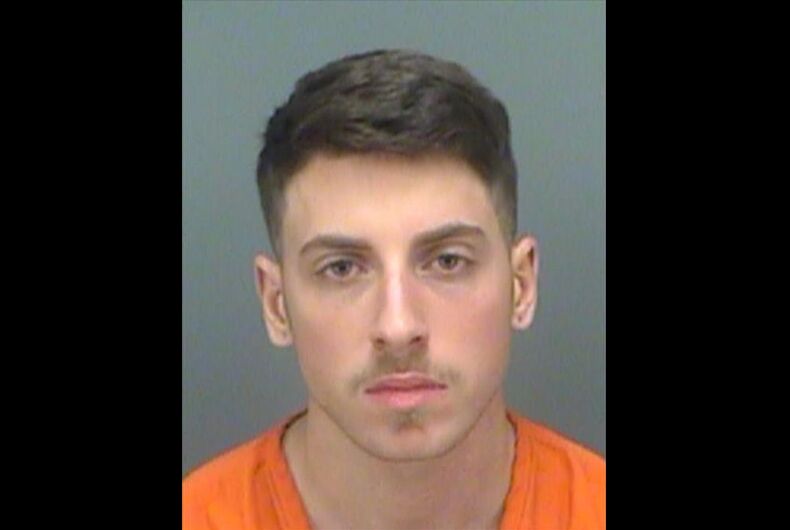 Tylor Parker-Dipeppe, a 21-year-old transgender man with ties to a white supremacist group, escaped a prison sentence because he has “suffered” enough by simply being transgender.

The young neo-Nazi now says he’s reformed and no longer the Florida Atomwaffen cell. The group kicked him out shortly before he was arrested after he disclosed that he is transgender.

Atomwaffen is a white supremacist group classified as a hate group and potential domestic terrorist threat by the FBI. Several members have been arrested and charged with federal crimes including multiple murders. Parker-Dipeppe was a low-level member of the group.

Parker-Dipeppe and other members harassed journalists who had written articles about the group that they didn’t like. They targeted reporters nationwide, leaving posters emblazoned with swastikas and the message “You have been visited by your local Nazis.”

One poster was hung on the bedroom window of a Jewish journalist in Arizona, in a separate crime. The man who did it was arrested and sentenced to 16 months in prison.

“None of us have suffered the difficult situation this defendant has endured as a result of his gender identity confusion,” his lawyer argued. “Enough’s enough.”

“This led him to just seek acceptance, and unfortunately he found it from these knuckleheads,” the attorney told the court. Most of the Florida members were around 15 and 16 years old.

They were young enough that Parker-Dipeppe was the only one with a car. He drove another member to a home in another city to leave a threatening poster but the duo ended up targeting the wrong home and got caught.

Parker-Dipeppe confessed to his mother what he had done and that the group didn’t know he is trans. He told one of the group’s national leaders shortly after and was kicked out of the group.

He pled guilty to charges of conspiracy to commit cyberstalking and mail threatening communications. He spent a month in custody before being released pending trial. After Parker-Dipeppe confessed and apologized, he was sentenced to time served plus probation.

“Even though the FBI says Parker-Dipeppe was a low-level player in this plot, he was part of a terrifying crime that my family and other victims live with to this day,” journalist Chris Ingalls told the AP. Ingalls, who lives in Seattle, was targeted by the group but was not the victim of this crime.

“I’m satisfied with the justice system’s handling of this case and I take Parker-Dipeppe at his word that he is truly remorseful.”