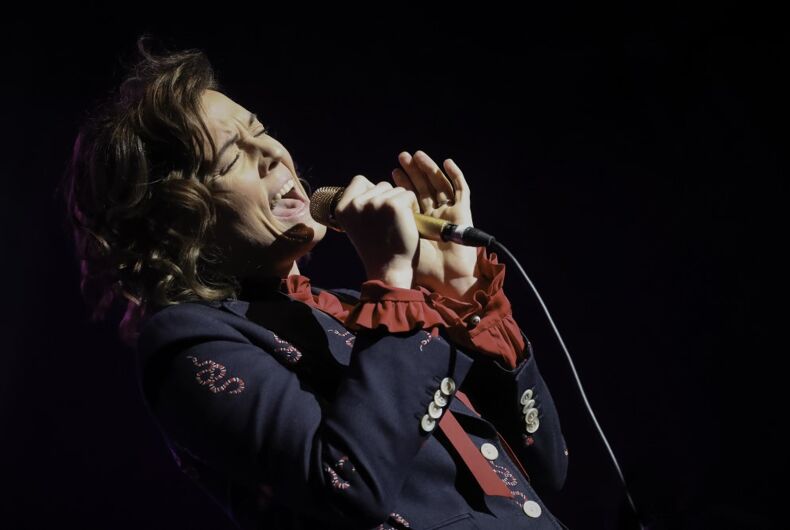 Out lesbian musician Brandi Carlisle told Ellen DeGeneres that she recorded Ellen’s famous coming out episode when she was a teenager… and put it on a tape that she labeled with her boyfriend’s name, David. He is now the biological father of her and her wife’s children.

Carlile has been out since she was a teenager, and she has been having a lot of success these past couple of years. She was nominated for and won Grammys every year for the last three years.

Carlile then told Ellen that she was the first gay person she ever “met” growing up in Ravensdale, Washington, population 1101. She was referring to the episode where Ellen’s character in her sitcom came out in 1997.

“I wasn’t going to stay in the closet after that,” she said.

She was in high school at the time, and she recorded that episode on a tape labeled “David’s baseball game.” David was her boyfriend before she came out.

“It said ‘David’s baseball game,’ and it still does and I still have it,” Carlile said. “And I wanted to bring it and have you sign it.”

Carlile said that she’s still close with David and that he’s the biological father of her two daughters.

“My wife and I, we squeeze his cheeks every time he comes over,” she said.