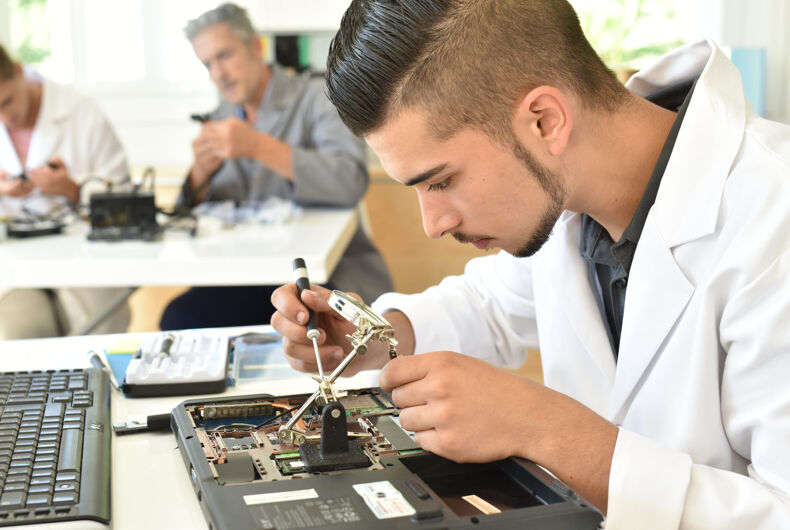 The Apex Technical School in Queens, New York has settled a lawsuit for $25,000 that filed by a transgender man who alleged that he was  misgendered, deadnamed, and nearly forced to use they women’s bathroom by employees of the school.

After being outed in front of his entire class, Danny Hart — a 49 year-old Puerto Rican military veteran — could only put up with the treatment he received at the school for two days.

Hart was still in the military when he enrolled in the trade school in 2016 at age 45, seeking a career change as he began his transition. When enrolling in the school, Hart was told he was required to put his birth name on enrollment documents. Gay City News reported that when he filed his lawsuit, this was found to not be a requirement but an “excuse” the staff at the school used.

After he started heating, ventilation and air conditioning (HVAC) classes, he told his instructor his preferred name. “I told the professor in a very low voice — I pointed to the thing, and I told him, I go by this name,” Hart told Gay City News. “He was cool with it.”

Yet, when class began, a female staff member came to the class to check the roster and attendance.

“You should have like one female,” the staff member allegedly said. She couldn’t figure out who the “one female” was supposed to be and classmates said that there were no women in the class, so she called out Hart’s birth name. Hart’s classmates learned that he was trans.

“I felt like all my blood left my body. Like all the lights were pointed at me… I couldn’t move,” Hart said.

On his second day at class, the same staff member came to the class and pulled Hart out of it, telling him that she “tried to call” him yesterday.

The staffer allegedly directed Hart to take a key that went to a bathroom — kept locked and designated for women.

Hart refused to accept the key. “I will not go to that bathroom… you cannot tell me what I can and cannot do with my body,” he recalled telling her. He even offered to instead use a bathroom outside of the school in a nearby pizza shop if necessary.

By this time, Hart’s classmates had begun making transphobic jokes and taunts. He stopped attending that day.

Not only did Hart not change careers at that time, but he also stopped pursuing his transition.

“I just didn’t want to go through that again,” he recalled. “I just went back to my regular name and just let people call me by that, although I didn’t relate to it.”

He would end up filing his lawsuit at the end of 2016 before leaving for Florida, where he is now “enjoying a ‘stealth’ life as just one of the guys.”

Apex recently reached a settlement with Hart after over four years of legal proceedings, during which the lawsuit was deemed to have been filed with probable cause. Hart will reportedly receive $15,000 in emotional distress and $10,000 in civil penalties, totaling $25,000.

The school also agreed to ensure school staff “complete anti-discrimination training” and update internal policy to prevent banning someone from using bathroom facilities that align with their gender identity, according to the agreement. The school did not respond to comment requests from Gay City News.