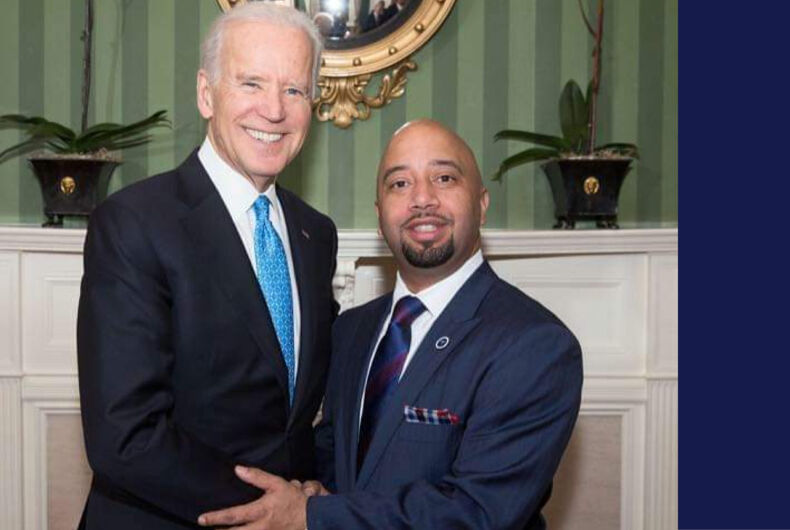 Thanks to a concerted effort by Republicans and anti-LGBTQ groups like the Alliance Defending Freedom (ADF), trans kids across the country are being banned from sports and bathrooms, while the few with access to trans-affirming health care are facing the possibility of losing it.

Republicans control at least one house in the state legislatures where anti-trans bills are pending, and both houses in most states. As a result, in most places, they hold the power to pass measures strictly on a party line basis. So why are some Democrats joining in with them to support the legislative attacks?

In South Carolina, state Rep. Cezar McKnight (D) not only supports, but actually wrote the measure that would ban doctors from giving trans youth puberty blockers and other gender-affirming treatment. Doctors who violate the ban would face a felony conviction that carries a 20 year sentence and loss of medical license.

In a bit of sophistry that would make the religious right proud, McKnight claims his bill “does not discriminate against anyone.”

H Bill 4047 does not discriminate against anyone. It requires a person to be at least 18 years old before being able to undergo transgender procedures. You have to be 18 to get a tattoo. Surely you need to be an adult to change your gender?

The Mississippi legislature passed a law that would ban transgender girls and women from school sports, which made it the first state to pass a law attacking transgender youth this year. Eight Democrats in the state house of representatives voted for the measure.

It’s easy to dismiss the votes as the kind of butt-covering politicians do on hard issues. After all, being elected a Democrat in Mississippi is a lot harder than being elected one in California.

However, Democrats in other deep red states had no problem standing up for the rights of trans youth. Democratic legislators in South Dakota, Tennessee and Montana have been united in their opposition to anti-trans legislation in those states this year.

There will always be some legislators willing to buck the party line out of principle or convenience. That works for both parties.

To their credit, some Republicans have been standing up to the anti-trans attacks, despite their party’s embrace of transphobia as a political winner.

As for the Democrats making common cause with anti-LGBTQ extremists — time will prove them to be on the wrong side of history. That, unfortunately, is small comfort to the trans youth currently under their tutelage.

In the meantime, those Democrats willing to whip up transphobia have joined forces with a hate group like Alliance Defending Freedom, which has had a heavy hand in this year’s spate of anti-trans bills.

ADF pretty much stands against everything the Democratic Party values. If you think they’re on the right track with anti-trans legislation, maybe you should rethink your party affiliation.