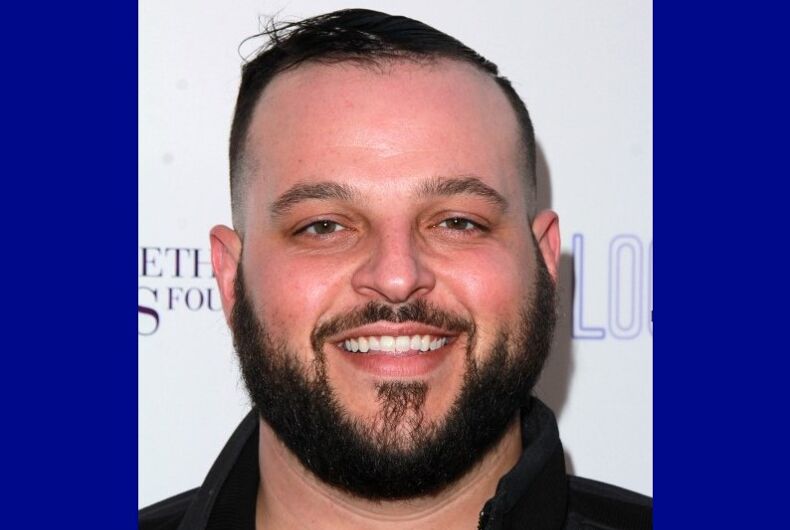 “Today I was fired from Walsh University in Ohio for being gay,” he said in a video posted online.

Franzese, who played Damian in Mean Girls, said that he was hired by the Catholic university to host their Mr. Walsh pageant in February. He has been out for years, was publicly engaged to another man, and is famous for playing a gay man, so it seems that the school didn’t care about his sexuality until he got a letter this week.

He said that Walsh approached him with an offer back, negotiated a price, and set a date for his appearance for next week.

But then he got a letter from the school canceling his contract with them. It came a day after the Vatican released a statement stating that the Catholic Church “does not and cannot bless sin” and calling same-sex relationships a “union not ordered to the Creator’s plan.”

The letter said: “The institution has decided to no longer approve the contract for Daniel. I am incredibly disappointed and sincerely apologetic for, this is, I know, unprofessional, and clearly based on personal beliefs of the higher administration.”

“Please give Danny my sincerest apologies,” concluded the letter from the director of student activities as Walsh.

Franzese, who co-hosts a Christian podcast called Yass Jesus!, said that he isn’t in a relationship (the Vatican’s statement is about same-sex relationships), that the school wrote the script that he would be following “for a male beauty pageant,” and that he agreed to do the show for half his usual rate because of the pandemic.

“I realize that I’m privileged and I have this audience of followers that I can share this experience with,” he said. “What if this was a teacher or a student or a doctor or a patient? Or the cook at the Walsh commissary or someone enjoying food in the restaurant?”

“If that’s what it takes to be Mr. Walsh, then that’s a crown I wouldn’t want to wear.”

He then said that he plans on finding the nearest gay club to Walsh when the pandemic is over and perform a comedy benefit for the Trevor Project, an LGBTQ nonprofit that fights teen suicide.