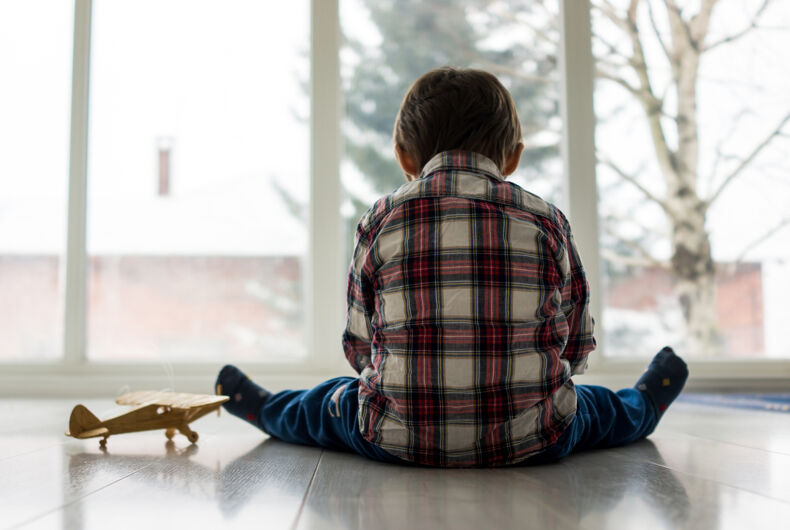 Gay conversion therapy really is just as horrible as it sounds, despite only being banned in 20 states. There is a therapy that is just as harmful called Applied Behavioral Analysis, or ABA, which is used on autistic people as young as 18 months old through forced compliance to make them “normal.”

What does the former have to do with the latter? For starters, they’re both created by the same man: Dr. Ole Ivar Lovaas.

Related: Is there a link between gender dysphoria & autism?

Lovaas was a psychologist and professor at UCLA who became disillusioned with the state of psychoanalysis in the 1960s. After observing B.F. Skinner’s experiments of behaviorism on pigeons, Lovaas incorporated those methods, as well as his own abusive ones, on autistic children.

He began his experiments with an autistic girl named Beth who was echolalic and displayed self-injurious behaviors. Intending to keep children out of institutions and to make them “indistinguishable from their peers,” he would get Beth to comply by hugging him and giving her food as a reward; eventually, this would be done through repetition where fewer rewards were given over time, which is called “fading.” When she would smack her head on a metal cabinet, Lovaas would punish Beth by spanking her.

He didn’t just punish children for self-injurious behavior. He would also use punishments (or aversive stimuli) for harmless autistic self-regulating behaviors like hand flapping, rocking, and spinning.

“Since the emphasis of our treatment program is to make the child look as neat and appropriate as possible, we attempt to suppress the more severe or grotesque forms of self-stimulatory by the use of aversive stimuli,” he explained to parents at the National Society for Autistic Children (now the Autism Society of America).

“It is obviously very embarrassing for people to be in the company of a child who jumps up and down and ritualistically slap his arms in front of his face: such behavior socially isolates the child and embarrasses his parents.”

The aversive stimuli went beyond just spanks. He would use loud sounds of 100 decibels on two 5-year-old autistic twins named Mike and Marty (many autistic people are hypersensitive to sound, while others are the opposite). When that didn’t faze the boys, he used electric shock on them by taping strips of metal coil to the floor and shocking them if they didn’t hug him or the other experimenter in less than three seconds.

Lovaas considered the experiment a “success” because the twins’ behavior “changed markedly toward increased affection.” In hindsight, the affection was likely more of a way for them to escape the shocks than out of sheer desire to hug the experimenter.

Autistic people were not the only marginalized group of children who were tortured under Lovaas. The man later lent his shocking expertise to “fix” gay children in what was called the Feminine Boy Project, which was started by UCLA psychologist Richard Green in 1974.

According to NeuroTribes: The Legacy of Autism and the Future of Neurodiversity, Green teamed up with Lovaas to see if operant conditioning could be employed as an early intervention in cases of gender confusion to prevent the need for reassignment surgery in the future.

The most notable subject in the experiment was Kirk Andrew Murphy (called Kraig in the Journal of Applied Behavioral Analysis), who was only five years old. He was brought into the experiment by his parents after his father caught Murphy posing in the kitchen in a long T-shirt and saying, “Isn’t my dress pretty?”

In the Journal, authored by George A. Rekers and Lovaas, they described Murphy as “almost compulsive or ‘rigid’ in the extent to which he insisted on being a girl and in his refusal of all contact with masculine-like activities.” Rekers was a young graduate student that was assigned by Lovaas as Murphy’s behavior therapist.

They also demonized him by stating, “He appeared to be very skilled at manipulating her [Kirk’s mother] to satisfy his feminine interests (e.g. he would offer to ‘help mommy’ by carrying her purse when she had other packages to carry).” Their justification for the experiments they subjected him to was that it’s more difficult to modify society’s behavior than Murphy’s.

Seeing as society is becoming much more accepting of the LGBTQ community, this notion is rather moot by today’s standards.

Instead of targeting autistic behaviors such as hand-flapping, gaze aversion, or echolalia, in Murphy’s case, they would target behaviors like the “limp wrist,” “handclasp,” “swishy gait,” and girlish “hyperextension” of the limbs in moments of exuberance, as Silberman noted. They would also punish him for making statements such as “goodness gracious” or “oh, dear me.”

In an interview with blogger Jim Burroway, Kirk’s brother Mark said that at home, with Rekers’ approval, each red chip would be converted into a “swat” on Kirk. To protect him, Mark hid the chips and took some of the beatings himself. Their mother Kaytee recalled that Kirk’s beatings were “so hard that he had welts up and down his back and on his buttocks.”

But it didn’t stop there.

Aside from beatings, Murphy would be forced to pick between two tables of toys while the experimenters watched from a one-way mirror. One table had “masculine” toys like plastic guns and handcuffs while the other had “feminine” toys like dolls or wigs. His mother would be in the room with him and be told to ignore her son if he chose feminine toys and to complement and embrace him when he chose masculine toys. Even when Kirk would cry out for attention, the mother was told to ignore it and keep going.

Because of all the abuse inflicted on him, Kirk Murphy took his own life at the age of 38 by hanging himself from a ceiling fan.

After being informed of his suicide by Anderson Cooper, Rekers denied the experiment contributed to Kirk’s waning mental health and considered it a “hypothesis” that would require empirical proof. Rekers’ career tanked when two photojournalists found him with a gay rentboy at Miami International Airport in 2010. He co-founded the Family Research Council in 1983, which is a prominent religious right lobbying firm designated as an anti-LGBTQ hate group by the Southern Poverty Law Center.

Despite the abrupt end for Rekers’ career, Lovaas’s never met such a fate and remained intact until he died in 2010. Although many states have banned gay conversion therapy, none have banned ABA, despite both sharing the same creator and being founded upon the same principles. A former BCBA has admitted that ABA therapists actively dismiss, explain away, diminish, or outright attack autistic voices who speak out against them. Since gay conversion therapy is only banned in 20 states, there’s still so much to be done for both therapies.

American politicians have lent their hands to gay conversion therapy efforts as well. Former U.S. Republican Presidential candidate Michele Bachman owned a Christian counseling clinic along with her husband Marcus. Using a hidden camera and posing as a man looking to “cure” himself of his homosexuality, LGBTQ rights activist John Becker exposed them. His findings were horrible.

“No matter what form it takes, gay conversion therapy is going to be psychologically harmful,” Becker said. “They’re told that they can change this thing they can’t change, and it leads to devastating consequences.”

Banning both practices won’t be enough, however. Even with legislation passed, society’s attitudes are what must be adjusted. Steve Silberman said it best when he wrote, “both projects were based on the same fundamental view: that it’s easier to change a child’s behavior than it is to destigmatize that behavior in society–whether it’s limp wrists or flapping hands.” Despite that, just because something takes effort doesn’t mean it’s impossible.

Sebastian Rubino is a pansexual autistic rights advocate and freelance journalist. He aims to unite the autistic community and other marginalized groups (including the LGBTQ community) through his writing.