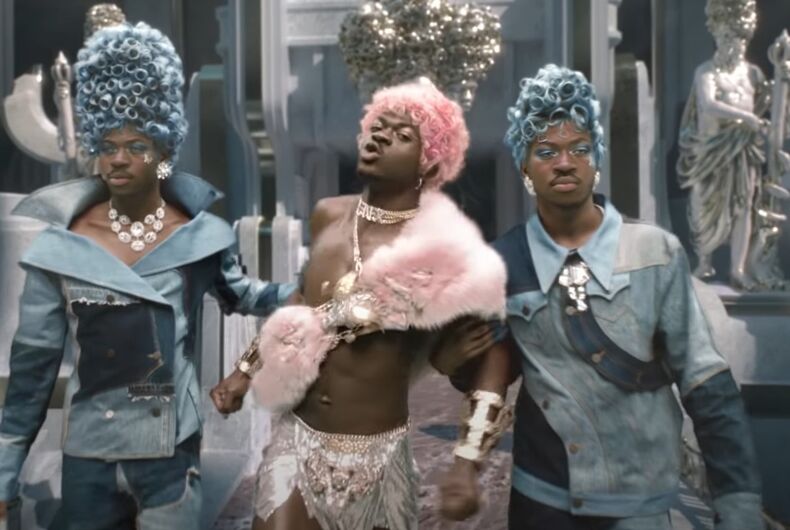 Lil Nas X’s new single, “Montero (Call Me By Your Name),” is the talk of the internet. As planned.

The sexual themes and imagery in the song’s lyrics and video, including Nas giving a lap dance to the devil, has made a number of people upset. From conservatives to fellow musicians, those people came out in droves this weekend criticizing the out entertainer. And Lil Nas X is clapping back at all of them.

Candace Owens, author and the founder of “Blexit,” a conservative effort to convince Black people to disavow the Democratic Party, brought up Lil Nas X in addition to rapper Cardi B.

Owens claimed Cardi’s status as a role model for women, in addition to Nas’s promotion of Satan shoes, contribute to what’s “keeping black America behind.”

“you know you did something right when she talks about it,” he tweeted in response.

you know you did something right when she talks about it https://t.co/9ujlFhBMdZ

Rapper Joyner Lucas, known for the song “I’m Not Racist,” claimed that his “biggest problem” is that Nas has fans who are children, especially due to his hit “Old Town Road.”

“With no disclaimer, he just dropped some left field ish,” Lucas claimed, “& all our kids seen it,” adding “smh,” or “shaking my head.”

“i literally sing about lean & adultery in old town road,” Nas reminds him. “u decided to let your child listen. blame yourself.”

i literally sing about lean & adultery in old town road. u decided to let your child listen. blame yourself. https://t.co/gYmTi49BqB

He dunked on several others in more responses, including right-wing activist Kaitlin Bennett.

Summing it up, he tweeted, “We are in a pandemic and y’all are going on day 5 of being mad at a gay n***a who don’t do none but tweet all day.”

there was no system involved. i made the decision to create the music video. i am an adult. i am not gonna spend my entire career trying to cater to your children. that is your job. https://t.co/SzjjYe2tf4

u can’t last 30 seconds in bed with your wife https://t.co/6mFCJlceWb