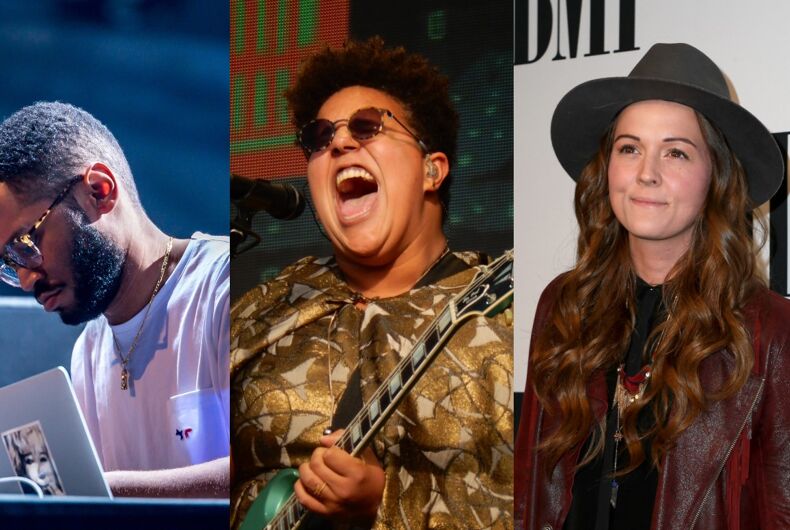 Lesbian rock singer Brittany Howard – who people might also know from her work with the band Alabama Shakes – won Best Rock Song for “Stay High.” The award is for song-writing.

Related: 3 gay musicians just got fired from their Catholic church because, you know… gay

In country music, the Highwomen won Best Country Song for “Crowded Table.” The Highwomen is a group that includes out lesbian musician Brandi Carlile, who has already won Grammys in the past in Americana music categories.

The R&B Song of the Year was “Better Than I Imagined” by Robert Glasper, which featured artists H.E.R. & Meshell Ndegeocello. Ndegeocello is bi.

Documentarians Rob Epstein and Jeffrey Friedman won Best Music Film for their documentary Linda Ronstadt: The Song of My Voice. Epstein previously won Academy Awards for the films The Times of Harvey Milk and Common Threads: Stories from the Quilt. Friedman worked on the latter as well.

Lesbian journalist Rachel Maddow won Best Spoken Word Album for the audiobook version of Blowout: Corrupted Democracy, Rogue State Russia and the Richest, Most Destructive Industry on Earth about oil and gas industry corruption and the Russian interference in the 2016 election.