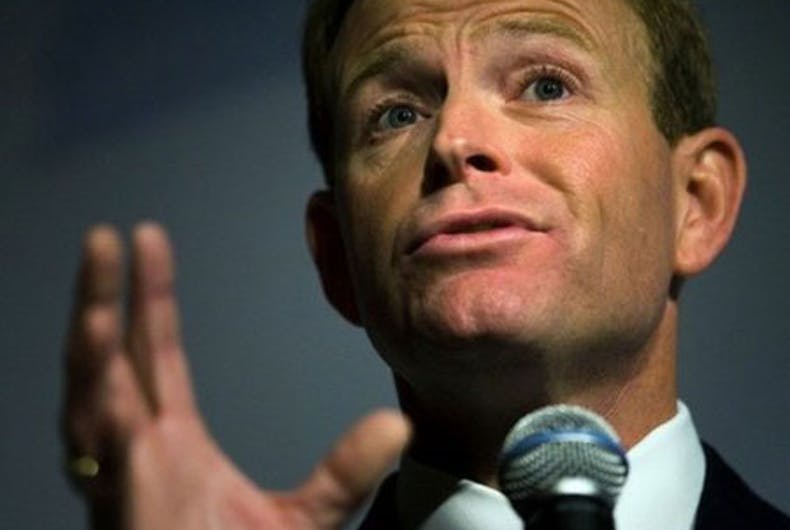 The Family Research Council, an anti-LGBTQ hate group that serves as the lobbying arm of the religious right, describes LGBTQ people as “unnatural” and “immoral” in a message to supporters.

They also remind recipients at the beginning of the missive of a Bible verse that commands followers to kill gay people.

Under the heading “The Bible’s Teaching on Homosexuality – Romans 1:18-32,” David Closson, FRC’s Director of Christian Ethics and Biblical Worldview, launches into the disgusting rhetoric that consumes the lengthy screed.

Romans 1:18-32 reads, “Although they know God’s righteous decree that those who do such things deserve death, they not only continue to do these very things but also approve of those who practice them.”

“The apostle Paul explains that humanity has rejected God, exchanging the truth about Him and the things He created for a lie. While describing the sinful ‘exchanges’ men and women have made, Paul uses the term para physin, which means ‘unnatural’ or ‘against nature,”” he writes. “Homosexuality is unnatural because it is a departure from God’s design for sexuality. According to the passage, homosexuality is also a consequence of humanity suppressing God’s truth and refusing to honor Him.”

“Another departure from God’s design for sexuality is transgenderism,” he continues before condoning dangerous “conversion therapy” meant to turn LGBTQ people straight or cisgender.

“Secularists, humanists, hedonists, and the political Left not only reject Christianity,” the group continues, “but they also want to impose unbiblical, unscientific, immoral, and irrational views of sexuality upon Christians by law.”

“It is well known that the ‘Equality Act,’ if passed, will be used by activists in and out of government to harass and punish Christians who preach, teach, practice, or openly defend their faith pertaining to human sexuality.”

Tony Perkins, the group’s leader, got his start in politics as a Louisiana state representative. He bought his mailing list for supporters from David Duke, the former head of the Ku Klux Klan and made speeches in front of white supremacist groups. He was a staunch supporter of former President Donald Trump and his white nationalist supporters.

Wave of bills attacking transgender youth inspires protests all over the U.S.