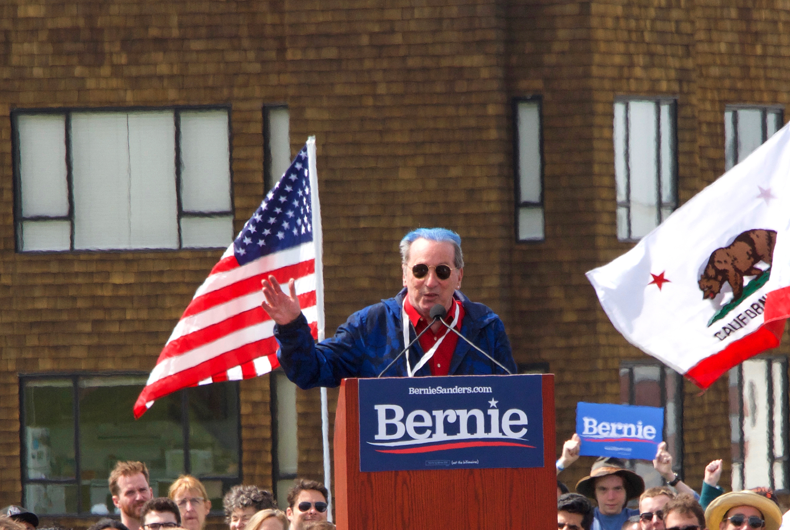 Before 79-year-old Tom Ammiano trailblazed for LGBTQ politicians and attempted to become the first out mayor in the city of San Francisco, he was a “weird” high school track star in New Jersey.

He never came out while attending the New Jersey Catholic school in the 1950s, but he was still discriminated against for his flamboyancy. Over 60 years later, the prejudice has finally been addressed.

The New York Times chronicled how Ammiano disclosed while appearing on a radio show that he was denied his well-earned varsity letters his junior year at Immaculate Conception High School in Montclair.

His coaches never explained why they denied him his letters, and he could only suspect that they did it because of his “skinny” body, “high-pitched voice and effeminate mannerisms.”

“If it was discovered you were a gay kid there were two alternatives: psychiatry because they thought you were nuts, or the cops because it was illegal,” he said of the environment for gay people in the 1950s.

Ammiano explained during an appearance on KQED public radio that the exclusion had always haunted him. It exemplifies the atmosphere for gay people prior to Stonewall, and shaped his decision to leave New Jersey a few years later by taking a Greyhound to California to get as far away from everything he knew as he could.

“It’s something that still hurts, even a hundred years later,” Ammiano said in his appearance.

A KQED radio listener, Stephen Saxon, heard that and immediately looked for a way to remedy Ammiano’s wounds. Saxon lost his job as a computer engineer last year, but he’s also a cantor performer for Jewish religious services.

“Sticking up for people who are not like me is part of my responsibility,” Saxon explained, using the concept of “tikkun olam.”

“Tommy definitely should have gotten a letter,” Diegnan told her.

Bishop read Ammiano’s autobiography, Kiss My Gay Ass, and wrote a letter to him. “We most certainly would like to ‘right’ this ‘wrong’ and we, too, are more than dismayed by this situation.”

So as soon as possible, Bishop pledges to personally deliver him a varsity jacket with his well-earned letters and insignia on it.

“You truly possess ‘the heart of a lion,'” she adds, referencing the school’s mascot, “and have always exhibited character and conviction. You are an inspiration.”

This is a copy of a letter I received today. It very graciously said they read my book about being denied a high school…

“I’m really touched by their words, and as an aside at almost 80 I m glad this happened before I left this mortal coil,” Ammiano wrote in a post sharing the letter.

After leaving New Jersey for California in 1963, Ammiano became a special education teacher and came out as the first openly gay teacher in San Francisco. From there, he pushed for more teachers and education workers to come out and end the stigma around LGBTQ educators.

Ammiano got involved in politics speaking against the Vietnam War, and post-Stonewall, began campaigning for a fellow gay man that was running for office. That man was Harvey Milk.

Ammiano was the co-founder of the “No on 6” coalition with Milk that blocked the Briggs Initiative, which would have banned openly gay educators from schools. Milk’s assassination in 1978, in part, spurred Ammiano into running for office himself.

“Harvey had the courage to say it in public,” he told the Times. In virtue, so did he.

Ammiano started both his political career and his stand-up comedy career in 1980. After two unsuccessful runs, he won a seat on the city’s Board of Education in 1990, and in a year he became the board’s vice president, and president by the next year. He served as a pioneer of implementing LGBTQ-sensitive curriculum in the unified school district, years before ordinances around the country would implement them.

In 1994, he won election to the Board of Supervisors, where Milk once served. He served in the body for 14 years, and became not only one of the most visible LGBTQ politicians in the country, but one of the most progressive.

“He could be the most powerful big-city liberal in the United States,” the Times wrote in 1999, when Ammiano ran for mayor.

Ammiano would move to the California State Assembly next, serving from 2008 to 2014. By the time he left office, he had made historic implementations of universal healthcare in the city, protections for trans students in youth activities such as sports, and installed protections for LGBTQ  families and marriage equality, prior to the Supreme Court ruling in Obergefell v. Hayes.

He also notably introduced “Seth’s Law,” which set protections for LGBTQ students from bullying in school.

He became known as both the “Obama before Obama” for his healthcare reform and the “Mother of Gay Comedy.” Known for being farther left than even most prominent California politicians, Ammiano’s book Kiss My Gay Ass is named after the phrase he yelled out in protest of then-Gov. Arnold Schwarzenegger (R).

Ammiano is now retired and still residing in San Francisco.

The Grey lady, writes about the Pink Lady

Here are the 10 gayest cities in the U.S. & the list will surprise you

Ric Grenell shared a trans woman’s CPAC experience. Conservatives have been blasting him since then.