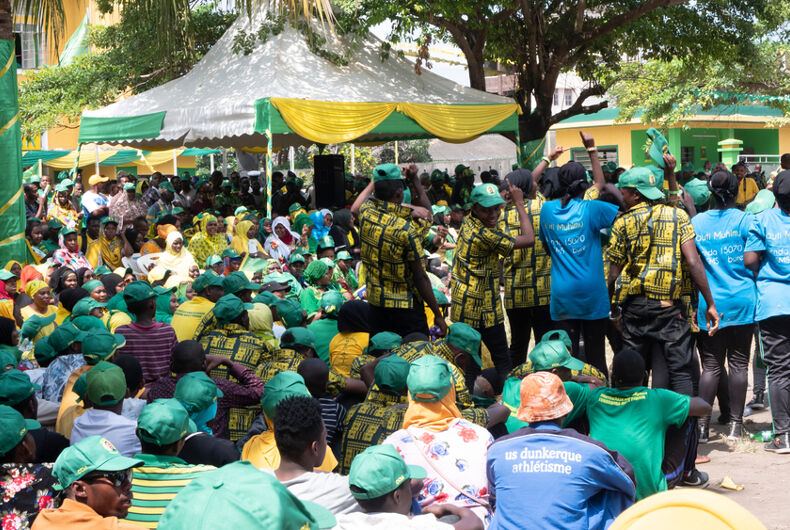 Tanzania’s President John Magufuli has died from “heart disease” according to Vice President Samia Suluhu Hassan. Magufuli was one of Africa’s biggest coronavirus skeptics and opposition leaders have reported that he died from COVID.

Hassan will become president under the country’s constitution, becoming the first female president of one of the most anti-gay countries in the world. Whether she will continue Magufuli’s war on the LGBTQ community is unknown.

Magufuli had not been seen in public for weeks and Tundu Lissu, the opposition CCM candidate who lost to Magufuli in last October’s election, suggested that the president had been hospitalized in nearby Kenya before being flown to India in a coma.

Magufuli’s response to the coronavirus pandemic was one of the worst. He mocked masks and social distancing, insisting that the viral infection could be cured with prayer, smoothies, and steam inhalation. He claimed that God had cured everyone in Tanzania of the virus and stopped reporting infection numbers.

The 2020 election was decried by the international community as a sham. Lissu was forced to flee the country to Europe after losing the race. After refusing to allow international monitors, restricting how the opposition could campaign, and denying accreditation to journalists, Magufuli “won” the election with 84% of the vote.

Magufuli’s tenure as president was marked by attacks on the LGBTQ community. In 2018, the country lost millions in international aid over attacks on innocent men and women after a governor called on people to report suspected gays and lesbians so they could be arrested.