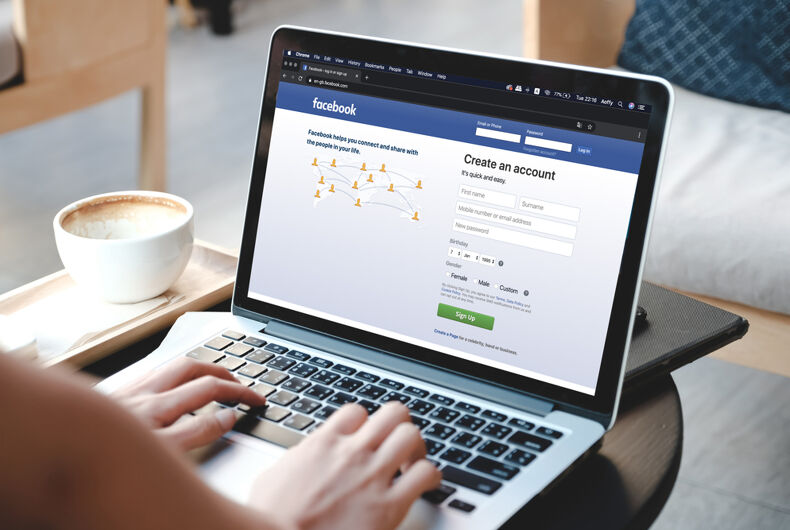 At least eight conservative organizations have been running Facebook ads against the Equality Act and possibly violating the social media platform’s ban on hateful content, according to a Media Matters report.

One of the organizations that ran an anti-LGBTQ ad on Facebook was Franklin Graham’s Billy Graham Evangelistic Association. The ad links to a website that falsely claims that churches will be forced to change their views on LGBTQ people and that doctors will be forced to perform gender-affirming surgery on transgender people.

The site also fearmongers around children: “Schools will be coerced to instruct first, second, and third graders that they can choose to be a boy or a girl.” While children should learn that LGBTQ people exist, the Equality Act does not require any specific school curriculum. 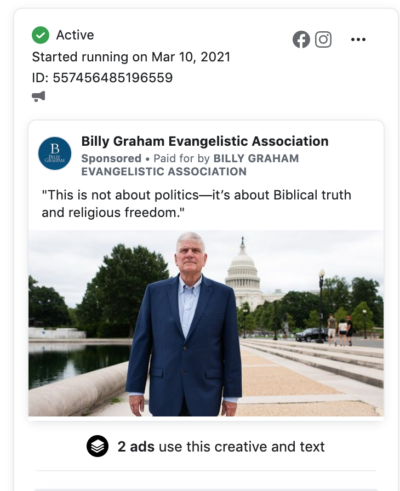 Media Matters points out that Facebook has removed anti-LGBTQ ads in the past, and that Facebook prohibits ads that promote hatred, even if they’re political in nature.

Facebook’s own policies state that “ads must not discriminate or encourage discrimination against people based on personal attributes” and includes sexual orientation and gender identity its list of protected categories.

This makes it hard for groups to argue against the Equality Act without violating the policy, since the Equality Act bans discrimination against LGBTQ people by adding sexual orientation and gender identity to existing federal civil rights legislation.

The Family Policy Alliance also put four versions of an ad on Facebook that fearmongered with children and spread lies. The ads linked to a form to contact senators that claimed the Equality Act would “sanction abortions, introduce explicit content in school curriculum, let boys win in girls’ sports, pressure children toward experimental cross-sex hormones.” Those claims are not true. 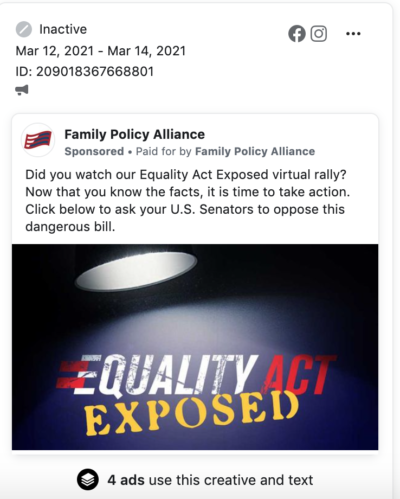 The Illinois Family Institute ran an ad that said the Equality Act is backed by “sex-eradicationists” and “‘trans’ cultists.”

It linked to a website that also said that the Equality Act would lead to harm to children, this time claiming that adult men will use the bill to molest children, telling readers to ask elected officials: “Should objectively male teachers and coaches who “identify” as female be allowed in girls’ restrooms and locker rooms as well?”

In fact, the website lists 29 arguments against the Equality Act. All of them are about transgender people, and most of them imply that men will use the Equality Act to attack women, referring to transgender women with hateful terms like “biological males” and “men masquerading as women.” 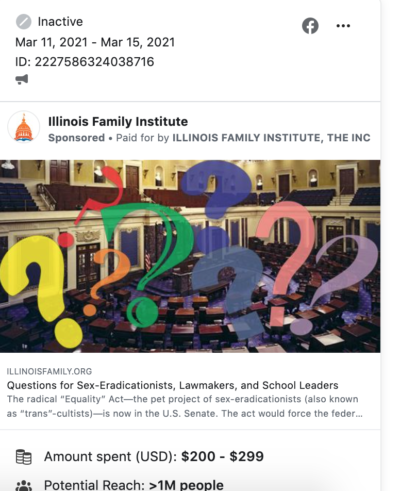