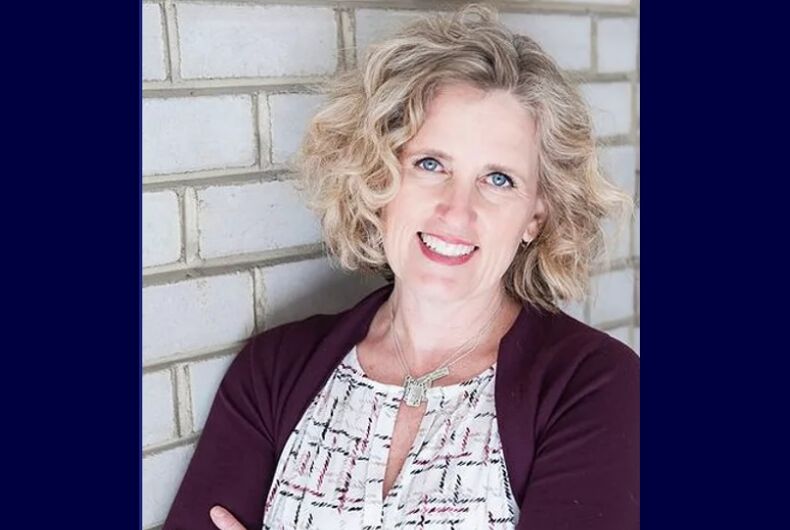 A woman who got fired for flipping off Donald Trump four years ago got elected to a position where she will oversee the county’s leisure facilities, including the Trump National Golf Club.

Juli Briskman was working in marketing and communications for the government contractor Akima in 2017 when she was bicycling on the road and was passed by the presidential motorcade as Trump was traveling from the White House to play golf in Loudoun County, Virginia.

Briskman took the opportunity to express her position on the Trump administration in the form of a vulgar gesture. A White House press corps photographer happened to catch her doing it.

Briskman posted the picture to social media, it went viral, and she was fired within a week by Akima for allegedly violating the company’s social media policy.

“They walked me to my desk and then out the building. I was even told I could not get photos of my children from my computer before they bleached it,” the 53-year-old “presidential flipper” said at the time.

“It was like I had embezzled a couple of million company dollars.”

She sued, arguing that others posted similar things to their Facebook profiles but never got in trouble. She lost her suit because Virginia has an at-will employment statute that allows people to be fired for almost any reason, but she did win her full severance package.

In 2019, she decided to run for the Loudoun County Board of Supervisors and she unseated an eight-year Republican incumbent and she was sworn in the following year.

Now the divorced mother-of-two sits in the position where she oversees leisure facilities in the county, including Trump’s golf club.

One of her proudest achievements so far is more bike lanes.

Editor’s Note: The misspelling of Loudoun County’s name has been corrected.