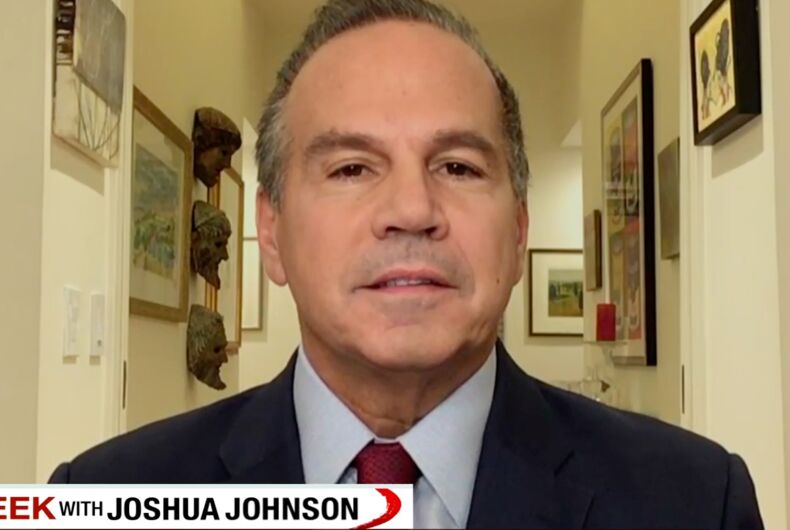 Out Rep. David Cicilline (D-RI) appeared on MSNBC to talk about the landmark LGBTQ civil rights legislation before Congress, the Equality Act. Cicilline introduced and sponsored the bill in the House of Representatives.

“The LGBTQ community remains the only community, that I’m aware of, in America that it’s legal to discriminate against and that’s just wrong,” he told host Joshua Johnson.

The Equality Act is facing an obstacle in the Senate as Sen. Susan Collins (R-ME) refused to co-sponsor the bill and won’t say why. She has previously co-sponsored it but is possibly upset that the Human Rights Campaign, an LGBTQ advocacy group, endorsed her Democratic challenger in the last election.

Collins is seen as a moderate Republican, and the bill will need some Republican support to pass in the Senate. Given her past history of general support for LGBTQ rights, losing Collins’s vote could spell trouble for the game-changing LGBTQ bill unless Democrats are willing to finally end the filibuster.

“Unfortunately the commitments that were made to me were not [given] last year,” she told the Washington Blade, presumably referring to the kerfuffle with her endorsement.

Ditching the parliamentary procedure would allow Democrats to pass the measure without requiring 10 extra votes from Republicans to advance it to a vote.

Signing the Equality Act into law was a key promise made by the Biden/Harris campaign to LGBTQ voters, and the White House has said that Biden intends to keep that promise. Before the House votes on the measure, the White House reiterated its support, urging swift passage.

5.6% of American adults say they are LGBTQ. Over half identify as bisexual.