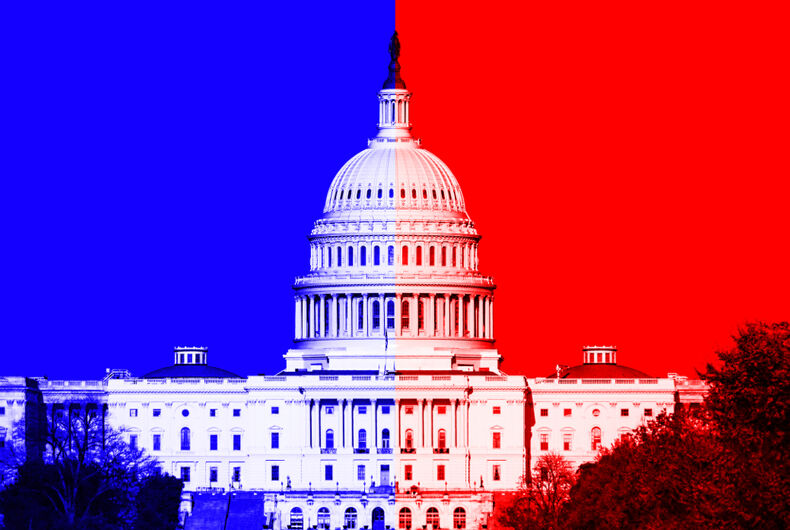 With Democrats in charge of the House, the Senate, and the presidency for the first time in over a decade, a new era of opportunity is upon us. President Biden has the chance to pass meaningful reforms and make substantial progress for the people who elected him to office.

There are a few major constituencies that make up the base of the Democratic Party and were crucial to our victories in 2020 and the Georgia special elections earlier this year: women, the African-American community, the Latino community, and the LGBTQ community. This finally is our moment.

There are a couple of important points we need to remember though. First, the Democratic majority is extremely slim; 51 votes, including that of Vice President Kamala Harris in the Senate, and a margin of 10 votes in the House. With the current filibuster rule in the Senate, it is very difficult for any major piece of legislation to pass that doesn’t get over 60 votes.

Most of the Democratic members of the Senate are in favor of eliminating the filibuster, an archaic rule which was rarely used until relatively recently and ironically was meant to encourage consensus but has become a tool for obstruction. There are only three major Democrats who are still against eliminating it: Sens. Joe Manchin (WV) and Kyrsten Sinema (AZ) as well as… President Joe Biden.

Their main rationale for wanting to keep the filibuster is that they believe being forced to get votes from at least some Republican members shows unity and bipartisanship. I sympathize with this rationale and can understand why someone like Biden who is an old-school institutionalist might want to stick with tradition. But the big challenge we have to grapple with is that this rule might be the very thing that prevents real change and progress from occurring for the very constituencies that made Biden’s (and the entire party’s) election possible.

Those against ending the filibuster may believe that they are protecting democracy, but the truth is that if we don’t use this time to enact some big legislation and systemic reform, then that same democracy may very well end. The second point to consider is that this majority may not last very long; we have a narrow window of fewer than two years where we know for sure that we will have control.

This might well be our only shot to create results for underserved communities and the American people as a whole. It is very unlikely that legislative priorities for the LGBTQ+ community like the Equality Act will be able to pass if the filibuster remains in place, or that we will be able to pass the John Lewis Act (including statehood for Washington D.C. and Puerto Rico), or the For The People Act which would end partisan gerrymandering.

I strongly urge President Biden, Senator Manchin, and Senator Sinema to change their position. Manchin may be in a conservative state but he isn’t up for re-election till 2024 and is already 73 years old. Sinema is bisexual and owes a big part of her 2018 win in Arizona to organizers from the LGBTQ community and the Latino community who really need her now.

It is critically important that they not miss this chance to deliver with so much at stake.

One of the big concerns detractors talk about is what the Republicans would do when they regain power if there isn’t a filibuster in place, but, at this point, the old norms have been so broken by Senate Minority Leader Mitch McConnell (R-KY) that to see him crying crocodile tears and talking about preserving the integrity of the Senate is comical and beyond ludicrous.

What is the point of a Democratic majority if we don’t do anything with it? If America doesn’t see progress and solutions from us now, why would they re-elect us in 2022 and beyond?

The 50 Democratic members of the Senate represent 41 million more Americans than the Republican ones. To allow the current system to silence our voices and the large mandate we have would be irresponsible and unacceptable. We need to break through the legislative logjam – and do it now.

Mike Pence officially hired by anti-LGBTQ Heritage Foundation. He worked for them as Vice President.