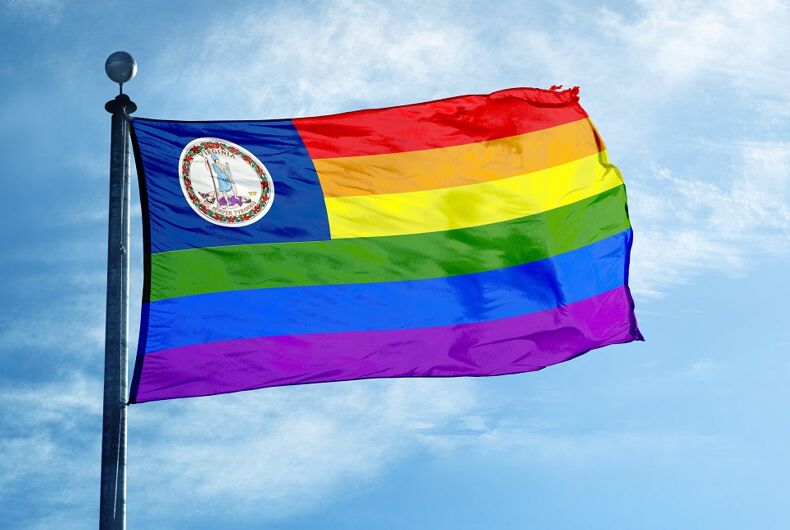 “Panic” defenses that are used to excuse violent crimes against LGBTQ people because the perpretator “discovered” their gender identity or sexual orientation are set to be outlawed in the Commonwealth of Virginia.

Delegate Danica Roem (D) introduced House Bill 2132 last month, and it passed the House of Delegates. It went to the state Senate, where it passed by a vote of 23-15 on February 25 with an amendment attached, and was sent back to the House. The House voted to approve the amendment in a 58-39 vote on February 26, making the proposed bill law.

The proposal will go before Virginia Gov. Ralph Northam (D), where he can formally sign it until the end of March, since the bill will come to him after the state legislature’s special session ends. If he doesn’t sign or veto it within thirty days, the bill becomes law.

“It’s done: We’re banning the gay/trans panic defense in Virginia,” Roem tweeted with a photograph of the final digital vote.

The amendment submitted by the Senate extends the law further: it includes verbal “solicitation” — as in being verbally propositioned — as one of the unacceptable reasons that a defendant can no longer legally present in court.

The so-called “gay panic” or “trans panic” defenses are meant to excuse a violent response to being propositioned by someone of the same sex. The dubious defense has been used for decades to excuse violence against LGBTQ people.

“The discovery of, perception of, or belief about another person’s actual or perceived sex, gender, gender identity, or sexual orientation, whether or not accurate, is not a defense to any charge of… murder” or assault, Virginia’s proposal reads.

Still, many opponents to the bill, including state Sen. Joseph Morrissey (D), claimed banning the law would bring the state “down a slippery slope,” even though it isn’t the first time Virginia has outlawed a specific defense.

A similar proposal is pending in Congress that would ban “panic” defenses from being used in federal courts. Yet, 39 states still allow the supposed defense strategy in courtrooms, although 11 of those states have proposals to ban it under consideration.

Roem made history when she became the first transgender person elected to a state legislature in 2017 and soundly defeated a challenger in 2019 that attempted to weaponize her gender identity to garner conservative votes.

My bill HB 2132 is heading to @GovernorVA for signature.https://t.co/YWobOzOLau pic.twitter.com/UKc11pOTDP

One of my constituents asked me on FB whether this defense is ever used in Virginia.
Answer: yes. (Click the photo for my full response.) https://t.co/5P8ca9kBte pic.twitter.com/U9M1Q7h5X2

“For those wondering how often this comes up in court in Virginia, we presented eight cases and documented a ninth during committee,” Roem explained. “All of these cases, the murder/assault of an LGBTQ person was blamed on the victim by the perpetrator who hoped to play on the fears/prejudice of the judge/jury to either have a sentence reduced or dismissed. That is not nearly an exhaustive, complete list.”

“This [bill] means someone’s mere existence as an LGBTQ person does not excuse someone else and does not constitute a reasonable provocation to commit such a heat of passion attack,” Roem added.

House Bill 2132 “was requested to me by one of my Manassas Park student constituents who’s out, hoping not to have to live in the same fear in 2021 that I did in 1998,” Roem said according to WVIR. She explained on Twitter that Virginians “can’t get away with murdering/maiming someone for simply existing as an LGBTQ person.”

In a statement, Out & Equal CEO Erin Uritus said, “the ‘panic defense’ is pure victim blaming rooted in homophobia and transphobia. No one should ever be excused for violence simply because of who their victim is. By passing this law, Virginia is sending an irrefutable message that it fully values the lives and dignity of all people.”

The bans don’t always mean that lawyers can’t use LGBTQ identity as a motivating factor when defending their clients, however. Rather, such bans require judges to read post-trial instructions telling jurors to “ignore bias, sympathy, prejudice or public opinion in making their decision.”

"A. Another person's actual or perceived sex, gender, gender identity, or sexual orientation is not in and of itself, or together with an oral solicitation, a defense to any charge of capital murder, murder in the first degree, murder in the second degree, or…

"B. Nothing in this section shall be construed to prevent a defendant from exercising his constitutionally protected rights, including his right to call for evidence in his favor that is relevant and otherwise admissible in a criminal prosecution."

"B. Nothing in this section shall be construed to prevent a defendant from exercising his constitutionally protected rights, including his right to call for evidence in his favor that is relevant and otherwise admissible in a criminal prosecution."https://t.co/QPLaiI5rjp

Under this bill, you can’t get away with murdering/maiming someone for simply existing as an LGBTQ person.

Before my predecessor authored his bathroom bill in 2017, a delegate who today announced his retirement filed two in 2016.
I drove to RVA four times in ‘16 as an advocate to fight 9 anti-LGBTQ bills, including those.
Five years later, Virginia is a nat’l leader in LGBTQ equality.

Thank you, @pwcdanica, for helping us build a better Virginia.

Hate has no place here. https://t.co/nqqZnilBmv

CPAC proves that the GOP isn’t there any more. Just the cult of Trump.