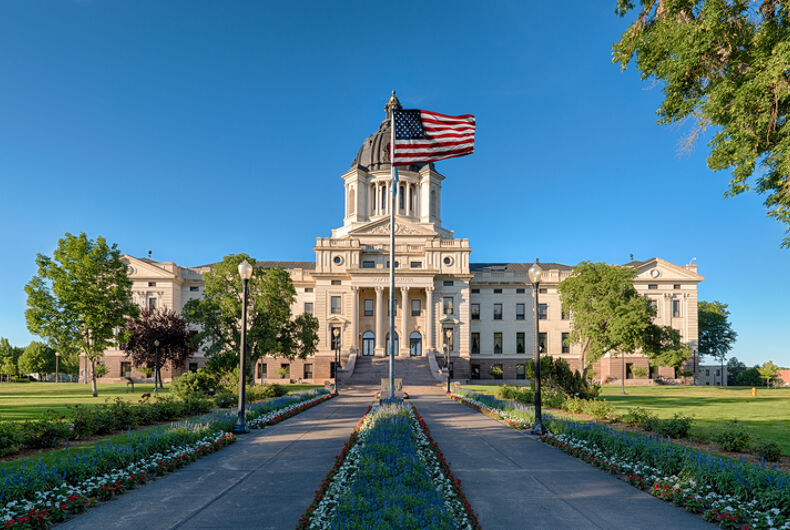 While protestors gathered outside in single-digit temperatures, the South Dakota House of Representatives killed a Republican bill that would prevent the state from updating transgender people’s birth certificates.

The vote failed on a 7-6 vote in the House Health and Human Services Committee.

Related: Iowa bill would criminalize medical treatment of transgender youth because they will “outgrow” it

The bill as introduced by Rep. Fred Deutsch (R) would have required the sex recorded on someone’s birth certificate to be the biological sex assigned at birth. The committee debated and rejected the bill, as it would have made it harder for transgender people to correct the gender marked on their birth certificates.

Known as H.B. 1076, Deutsch wanted the bill to provide “an understanding” to the judiciary because “we don’t want our judges providing different opinions over something as simple as ‘can you change the sex on a birth certificate?’” he said.

This is not the first time an anti-trans bill has been introduced by Deutsch and shot down in the legislature. Last year, he co-sponsored a bill that would have punished doctors or medical professionals for treating trans or gender non-conforming youth. It was also dropped in committee.

At the time, he called trans people receiving gender-confirming care “a crime against humanity” and compared it to Nazi experiments in Auschwitz during the Holocaust while appearing on an anti-LGBTQ hate group’s podcast.

In 2016, he sponsored a “bathroom” bill that would have required trans people to use restroom facilities based on their sex assigned at birth. It was ultimately vetoed by the governor, and legislators didn’t garner enough votes to overturn the veto.

On the other hand, the Montana House just passed two bills that restrict the rights of transgender youth. House Bills 112 and 113 would ban student athletes from participating in sports as their gender and prevent minors from receiving health care related to gender transition, respectively.

At the federal level, U.S. Rep. Greg Steube (R-FL) introduced a bill this year that would require state and local school athletics governing bodies to keep anyone assigned male at birth out of women’s sports. His bill would define sex as “based solely on a person’s reproductive biology and genetics at birth.”

Amazing news!! Years of organizing in South Dakota gets the goods. Anti-trans bill defeated. Even in super conservative places, when we mobilize and build, we win! https://t.co/nuI8FpHnsJ