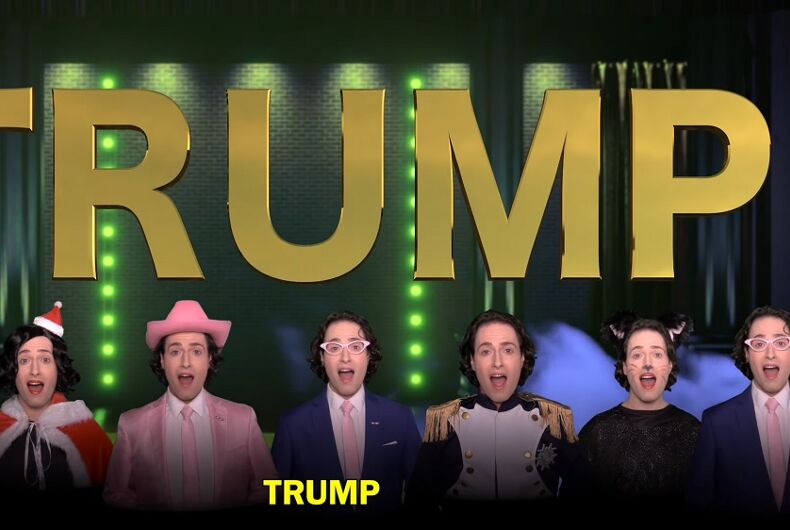 Randy Rainbow is breaking the internet with a new parody saying goodbye to Donald Trump.

“How do you measure four years with this orange garbage can?” Rainbow sings in a parody of the Rent song “Seasons of Love.”

Today is the last day of Trump’s presidency, and Joe Biden will be inaugurated tomorrow. And a lot of Americans are not sorry to see him go.

On Twitter, people were loving Rainbow’s latest – and perhaps his best – number.

Thanks, Randy. Not only for this–which is brilliant–but for everything you've done to help get us through every single one of those miserable minutes.

Randy Rainbow and Sarah Cooper should get some sort of medal for getting us through these last four years. Thank you both.

Ok, the past 2,102,400 minutes were not all bad. It brought @RandyRainbow into my life. Randy, thank you for this perfect ending to the Trump Presidency. https://t.co/bFAVj6exeg

This Randy Rainbow is double great because I love the original song too https://t.co/5DVKpCf1oM

Randy Rainbow is a true and rare talent. This video is amazing. https://t.co/UcbpNcXLU4