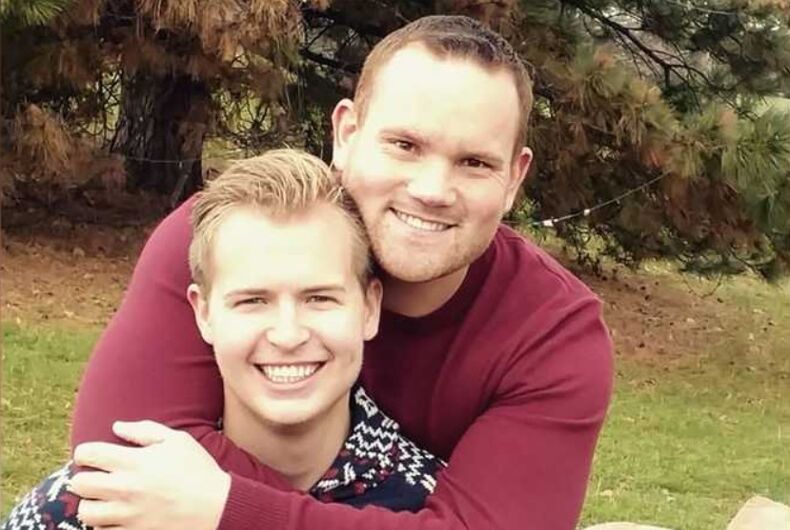 A COVID-19 vaccination appointment turned into a gay proposal when a man got down on one knee and proposed to his boyfriend at a medical center.

Robbie Vargas-Cortes, 31, is a paramedic in Canton, South Dakota, and he had an appointment to get the COVID-19 vaccine on December 23. His boyfriend of five years, Eric Vanderlee, is a registered nurse at the same medical center where Vargas-Cortes was getting vaccinated.

Vargas-Cortes said that he bought a ring three years ago and has been waiting for the right moment.

“We’re nearing the end of the pandemic,” he told CNN. “The vaccine is kind of like a new chapter.”

He taped the ring to his upper arm, and when Vanderlee went to jab him, he found the ring.

“It just kind of dawned on me and I was like, ‘Absolutely, of course, yes.’ It was just an amazing moment after I figured it out,” he said.

Vanderlee then vaccinated his fiance and, within 10 minutes, Vargas-Cortes was out the door responding to a call.

“Congratulations, Eric and Robby!” the medical center posted to its Facebook page.

“If you like it you should put a ring and vaccine on it! Congrats,” said one commenter.

The couple said that they’ve been receiving positivity as local news covered their story.

“South Dakota is a very conservative state. We wouldn’t have had the right to marry without the Supreme Court in 2015,” said Vargas-Cortes. “So to see such an outpouring of support, especially from our fellow South Dakotans, has been uplifting.”

Eric Vanderlee, a registered nurse in Canton, South Dakota, has been helping administer the COVID-19 vaccine to local health care workers. But he noticed something strange when he went to give the shot to one fellow Sanford Health employee. Robby Vargas-Cortes, an EMS supervisor and Eric’s boyfriend, had an engagement ring taped to his arm. Robby got his vaccine – and an enthusiastic yes from his now fiancé. Congratulations, Eric and Robby!

Democrat ridiculed for ending Congressional prayer with “amen and awoman”