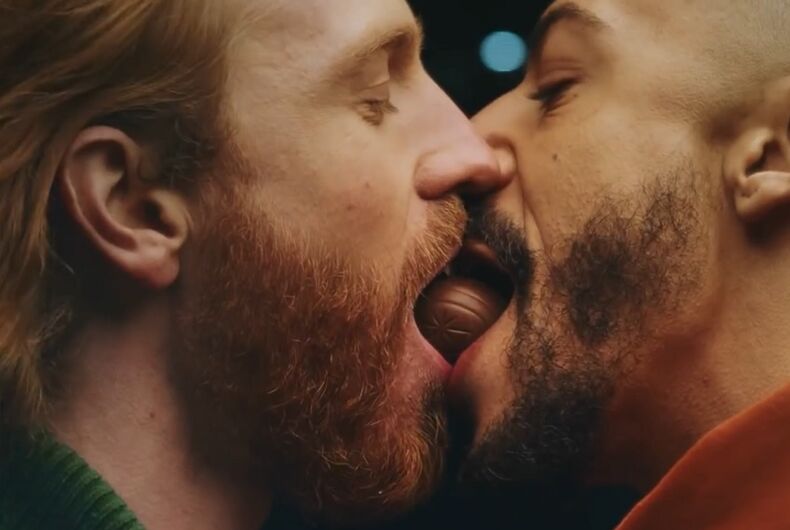 An ad is getting a lot of attention for showing a real-life gay couple intimately sharing a chocolate between their mouths.

That’s when two men who are holding hands and spinning lean in to share a chocolate egg between their mouths while the excited announcer shouts, “Sharers! Yeah! We are down with that!”

All of the other categories just show one person alone, which means that the gay couple isn’t included as one of many couples but is the only couple at all in the ad.

“Calling all eggs-ibitionists!” the announcer bellows. “Let the eat-tainment begin!”

Out reports that the men in the ad are Callum Sterling and Dale K. Moran, who are a couple in real life.