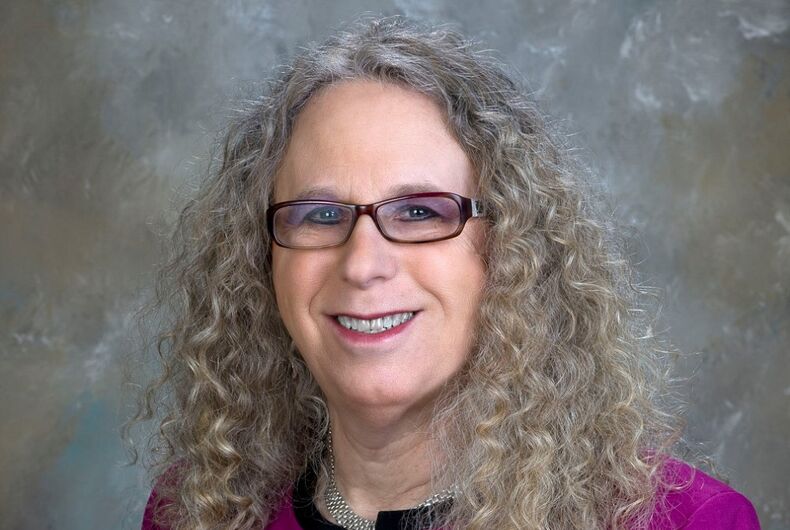 President-elect Joe Biden announced that he will be appointing Pennsylvania Surgeon General Dr. Rachel Levine to the position of the assistant secretary for health at the Department of Health and Human Services (HHS) in his upcoming administration.

Levine could be the first out transgender person appointed to a federal position and approved by the U.S. Senate.

“Dr. Rachel Levine will bring the steady leadership and essential expertise we need to get people through this pandemic — no matter their zip code, race, religion, sexual orientation, gender identity, or disability — and meet the public health needs of our country in this critical moment and beyond,” Biden said in a statement. “She is a historic and deeply qualified choice to help lead our administration’s health efforts.”

If both are confirmed, Levine will serve under California’s attorney general Xavier Becerra, who has been nominated to the position of secretary of HHS.

Nominating Levine signals the importance of fighting the COVID-19 pandemic for the Biden administration. As surgeon general of the state of Pennsylvania, she has led the state’s response to the pandemic, at times facing heavy criticism – and straight-up transphobia – from conservatives in her state.

HHS spent the last four years attempting to roll back LGBTQ protections based on Section 1557 of the Affordable Care Act so that health care providers could more easily discriminate; rolling back anti-LGBTQ discrimination protections for the recipients of HHS grant money, funds that often go to adoption and fostering agencies as well as health care and homelessness programs; redefining “gender” to mean “sex assigned at birth” in order to legally erase transgender identity; scrubbed LGBTQ health care information from its website; and stopped funding HIV/AIDS research that involves fetal tissue, which is necessary for many aspects of HIV/AIDS research.

While she has been confirmed three times by the GOP-controlled state senate during her tenure at Pennsylvania’s Department of Health, she faced an unprecedented deluge of transphobic attacks this past year as she tried to get Pennsylvanians to wear masks and practice social distancing.