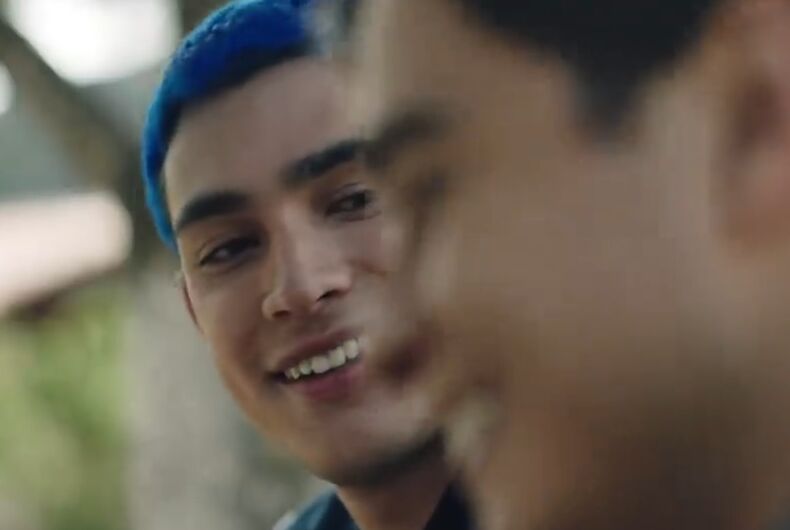 A new Doritos ad tells the heart-warming story of a father who comes to accept his son as gay.

The ad – entitled “El mejor regalo” or “The best gift” – is inspired by the true story of a father in Mexico who believed his son was gay so he turned to Reddit for help on what to do.

In the beginning of the two-minute spot, young Javier is calling his dad to tell him that he’s coming home from college with a “friend” named Manuel. Manuel has no family to spend the holidays with so Javier invited him.

In the following scenes, it becomes obvious that Javier and Manuel are more than friends. Javier orders for them both at a restaurant, they sit really close together in the father’s truck, they enjoy riding a horse together….

The divorced father posts his story on Reddit and asks for advice. He says that his son is trying to be “subtle” but he knows that he’s in a relationship with the other young man and worries that he doesn’t want to talk about it.

Later, we see the father thanking the internet strangers for their advice.

“I wanted to talk to you,” the father tells his son the next morning. “I wanted to tell you that… that I love you,” he says.

“What you wanted to tell me,” Javier responds, “is that you love me as I am.” His father nods and they hug.

“We’re really proud of the accomplishments that have been achieved with Doritos Rainbow,” said Doritos Mexico marketing director Eduardo Córdoba. “We believe the moment is right to show that our commitment extends beyond a proud celebration every June.”