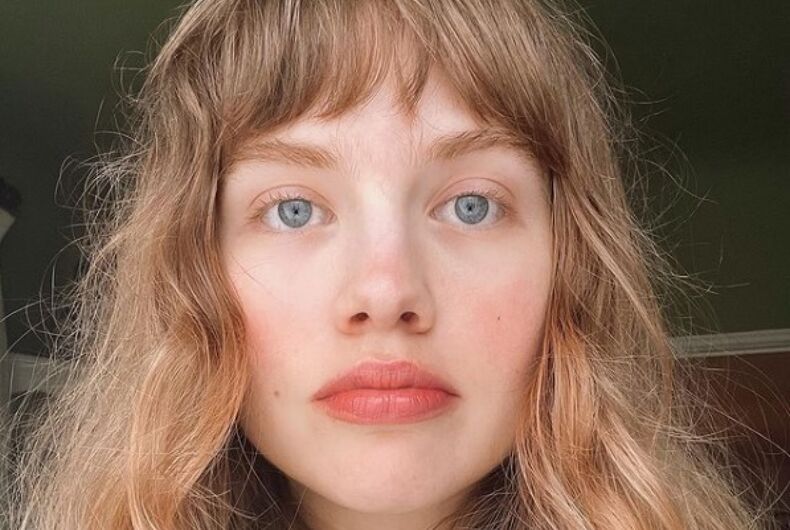 Actor Maddie Hasson came out as bisexual in a social media post for her fans.

A fan on Instagram asked Hasson to post a “photo with a gay/bi vibe” and she responded with a picture of herself and the words “Hi, I’m bi and proud!”

Hasson played juvenile delinquent Willa Monday in Fox’s The Finder, a detective show that aired for a season from 2011 to 2012.

She co-starred as Jo Masterson in the ABC Family series Twisted, a mystery-thriller series that aired from 2013 to 2014. Hassan was nominated for two Teen Choice Awards for her work on the show.

And now she’s in a YouTube Premium series called Impulse, where she plays Henry Coles.

In an interview last year, she said that she tries to take on a variety of roles because “a fear of mine is ever finding myself pigeonholed.”

“I don’t wanna do that,” she told Collider. “I also get bored easily. Because I’ve been playing somebody that really internalizes a lot of their feelings, I’m really itching to play somebody who is very extroverted and externalizes all of their feelings, and it’s like an open wound, and super sensitive and outspoken.”

She has been married to her husband Julian Brink since 2015.