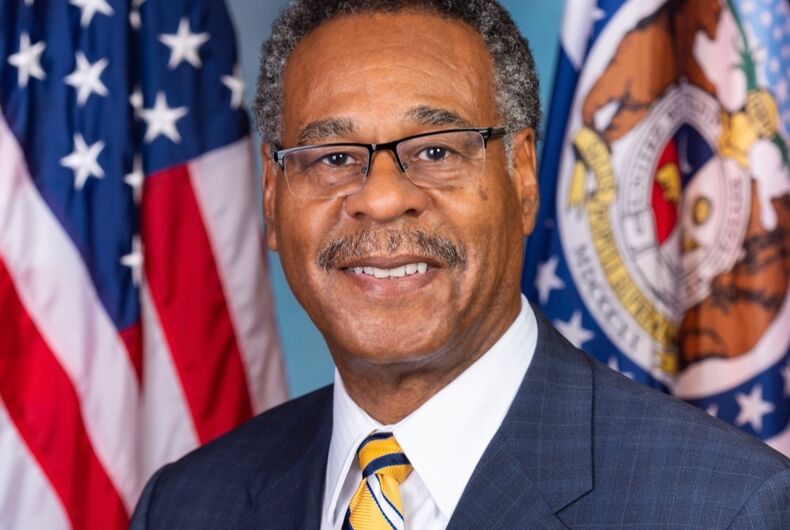 In a misguided attempt to be gender-neutral, Rep. Emanuel Cleaver (D-MO) ended the congressional prayer in an unusual way. Instead of closing with the perfunctory “amen,” Cleaver, a Methodist minister, chose “amen and awoman.”

“Amen” is a Latin word that means “so be it.” It has no gender in Latin.

Related: Here are the most popular gender-neutral baby names in America

A committee had previously voted to “honor all gender identities” by removing gendered language from House business and proposed legislation. Most of the changes would be minor and would only catch the chamber up with modern word usage. “Congressman” or “Congresswoman,” for example, could be easily replaced with “member of Congress” or “congress member.”

But Cleaver’s attempt to include everyone went a little too far. While he managed to awkwardly shoehorn references to other religions into his prayer by beseeching “in the name of the monotheistic God, Brahma, and ‘god’ known by many names by many different faiths,” his closing has the GOP up in arms and the internet laughing.

Cleaver served as the senior pastor at St. James United Methodist Church for 37 years. He is serving his seventh term as a member of congress.

A bill to change the language of city codes in Washington DC to gender-neutral language has been introduced in Washington D.C. and is awaiting a vote by the city council. The Gendered Terms Modernization Amendment Act of 2020 would change references to “he” or “she” in city laws to “the individual” or “they.”

Dems open congress with a prayer that ends “amen and awoman.” Amen is a Latin word that means “truly” or “so be it.” Awoman is a nonsense word that means nothing. Dems find a way to make everything stupid and nonsensical. Utter clowns, all of them.

Amen comes from the Hebrew language and has nothing to do with men.

Why are we now saying awoman?

This is really weird stuff.

Paramedic proposes as he gets his coronavirus vaccine. His partner was giving him the shot.