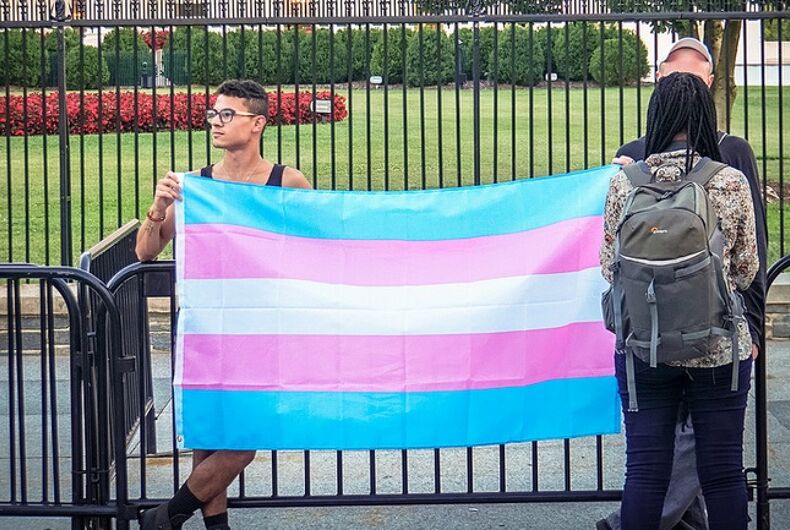 My name is Monica Helms and I am the trans woman who created the Transgender Pride Flag in 1999.

Related: Two decades later, the Trans Day of Remembrance is more heartbreaking than ever

I understand that the State Department will allow embassies to fly the Rainbow Pride Flag once again. I am requesting that embassies also fly the Transgender Pride Flag alongside the Rainbow Flag in solidarity with the trans community.

Trans people in many countries are being murdered at an alarming rate, especially in places like Brazil, Mexico and many African and Latin American countries.

With our embassies flying the Trans Flag along with the Rainbow Flag, we will send a strong message around the world that America respects its trans community, giving trans people in that country hope.

We have been vilified and discriminated over the last four years and having you in the White House gives us hope. America needs to show all of it’s true colors to the world, and I hope some of those colors are light blue, pink and white.

Monica Helms is the creator of the trans flag. She has been a forceful voice on behalf of trans people since coming out after serving honorably in the United States Navy. She was one of Queerty‘s Pride50 honorees in 2019.

The Embassies will be flying the Rainbow Flag once again. I asked President Biden if he could also fly the Trans Flag…

Could the COVID-19 vaccine lead to an HIV vaccine?