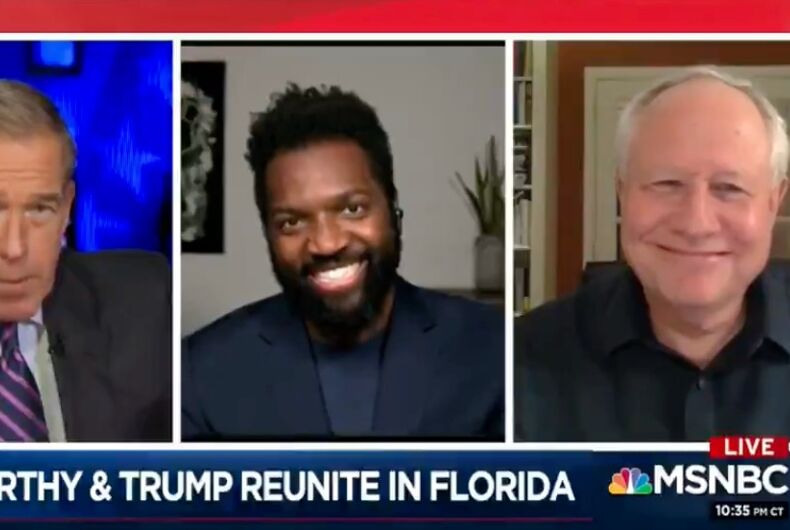 Williams announced that he had exclusive video of McCarthy’s trip to Florida to curry favor from Donald Trump despite the former president’s role in stoking an insurrectionist attack on the U.S. Capitol. And then the producers hit play.

Related: Second-grader expelled from Christian school because she said she had a crush on a girl

The short clip from the 1996 movie Jerry McGuire starring Tom Cruise and Renée Zellweger took the audience – and panelists – by surprise, but quickly set Twitter on fire.

Williams apology with a deadpan delivery was the cherry on top for most.

I’m never going to sleep before Brian wraps again! This is incredible https://t.co/MxIJ8xAXlD

@MSNBC The Brian Williams " you had me at hello" McCarthy/Trump meeting was the Ben &Jerry's ice cream for the soul. Thank you

Me too. His deadpan delivery kills me.

I laughed so hard tears ran down my leg 🤣