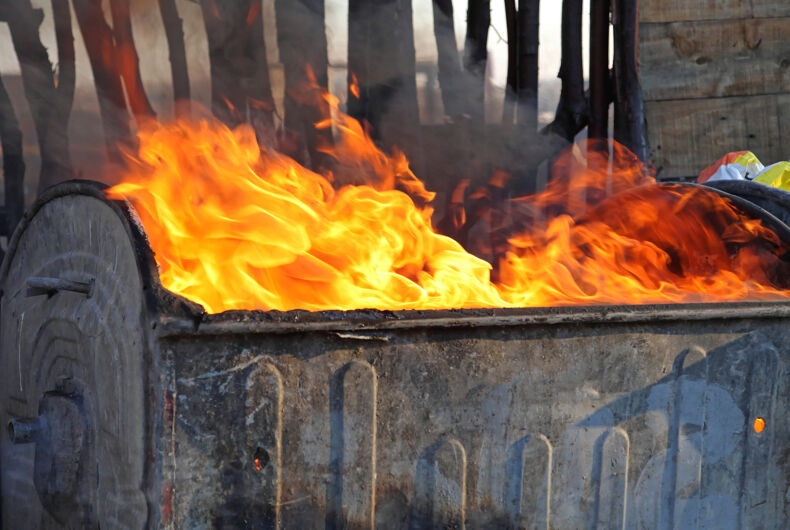 That is exactly what Donald Trump got on his “watch” in the year 2020 of the Common Era. 2020 was a leap year with an additional day, a year that told us who it was by saying its name twice to make clear that we would not soon forget it.

It was a leap year when we leaped backward to crisis upon crisis, grievance, disruption, chaos, feckless national leadership, sickness, and death. It was also a leap forward for science, frontline heroes, coalitional organizing for social justice. A year in which we saw neighbor helping neighbor, as we appreciated and treasured the people and things we have — while relinquishing, at least for a time, our endless quest for what we do not have.

It was a year in which we elected the first female Vice President, who is also the first African-American and South Asian-American to hold that important office.

2020 is the year that we went from bats in China to a worldwide pandemic. From countries whose leaders braced and instituted effective national strategies, to others who stuck their heads deeply in the sands of denial and irresponsibility.

Ironically, as we socially distanced, many of us found opportunities to grow closer. As we masked our faces, we also unmasked the offenders of our democratic institutions and those whose self-interest jeopardized many.

On screen, Parasite won the best picture Oscar, as the Parasite-in-Chief garnered the “Worst President Ever” prize. Trump turned the once venerable White House into a giant COVID-19 Petri dish for super viral spreader events. Over the extraordinarily rapid increase of over 19 million people infected and over one-quarter million deaths in the United States, Trump took no responsibility while placing blame on “Democrat governors” and responding: “It is what it is.”

Mitch McConnell pushed hard for the passage of an inflated budget for the Defense Department, while standing hardline against $2,000 emergency payments for defenseless people in an economic crisis.

Patriarchal white supremacist neo-Nazis, like the so-called Proud Boys, have moved from the fringes to the center of society, with encouraging words and actions from Republicans and the President (“stand back and stand by”). Meanwhile, We the People organized to push them back to the margins. Even NASCAR lowered its Confederate flags.

Trump vetoed the Congressional defense funding bill because he opposed a measure to exclude and rename military bases currently named to honor Confederate officers, another solid nod to the far right-wing of the Republican Party he’s coddled.

Trump threw Ukraine into the world spotlight and under the proverbial bus, and the House of Representatives impeached him on charges of “abuse of power” and “obstruction of justice,” while the Senate gave him a pass without ever calling a witness.

Since then, after losing the Presidential election to Joseph Biden and Kamala Harris, Trump and his minions have attempted to mount a coup of sorts to remain in power by filing dozens of lawsuits in court, which have been summarily rejected for lack of evidence.

Representative Louis Gohmert filed a suit against Vice President Mike Pence demanding that he not certify the election to Biden/Harris. And Senator Josh Hawley threatened to reject the results of the election if the Biden/Harris ticket is declared in Congress as the winners.

The U.S. western forests and housing developments suffered devastating fires indicating the increasing damage to our planet by the ravages of human-generated climate change. While Trump is not by himself responsible for global climate change, Trump rolled back over 125 environmental regulations during his term in office.

Fires of rage also came to the streets.

Since the brutal more-than-alleged murder by Minneapolis police officers of George Floyd, an unarmed black man, and the worldwide demonstrations demanding an end to police practices and policies inordinately crushing the necks of people of color, we seem to have entered a watershed moment inspired by the energized Black Lives Matter movement bringing us to a point of possibly owning up to our collective legacy of racism in the United States and elsewhere.

Trump, however, vilified demonstrators and sent federal agents in camouflage gear and unmarked vehicles to arrest and detain Black Lives Matters demonstrates who responded largely peacefully in the streets of Portland, Oregon. The Trump administration never contacted local officials in advance before the agents invaded their city. Most officials including Oregon’s out governor Kate Brown, the mayor of Portland, and several U.S. Senators and Representatives called the Administration to evacuate and to allow protestors their constitutional rights of assembly.

In an Oval Office press conference with reporters, Trump asserted that federal agents in Portland had “done a fantastic job.” He justified his action by arguing that the city was “totally out of control” and blamed the governor and other state officials for not asking for his help.

Then, riot police cleared Lafayette Square in front of the White House of protestors with tear gas for Trump’s photo op to hold a Bible upside down in front of St. John’s Church.

Police continued in 2020 to instigate unjustified killings of unarmed black and brown people. Here are some of those that we know. Let their memories be a blessing, and let us say their names:

During this incredible unprecedented year of 2020, as we have reached a massive loss of over one-quarter million souls to a novel virus under a national government unwilling and unable to mobilize a defensive strategy, and as millions of our residents remain obstinate and hostile in their unwillingness to take preventative actions, a record 43 transgender and gender-nonconforming people were ruthlessly murdered this year for having the courage and integrity to live their lives with authenticity. Most were transgender women of color.

May their memories be a blessing, and let us say their names:

We must also not forget the 209 police officers who died in 2020: 179 officers died of COVID-19, and the remainder were killed in action. May their memories also be blessings.

In 2020, we celebrated the first 100 years since the passage of the 19th Amendment to the U.S. Constitution granting women the vote. But we also witnessed blatant Republican-backed suppression of the vote of primarily people of color in the closing of voting sites, deletion of many ballot drop boxes, and attempts to purge voters from the rolls. In addition, we experienced the intentional slowing down of mail service by Trump appointee, Louis DeJoy, U.S. Postmaster General.

We witnessed the deadly mismanagement leading to a mass explosion in Beirut to the diabolical plot leading to a destructive bombing in Memphis.

From takeout, outdoor dining, and curbside pickup to small businesses going under and large corporations reaping enormous benefits. Wall Street rode a virtual roller coaster this year as bankruptcies and foreclosures soared throughout the land as did poverty, homelessness, and food insecurity.

As the process toward Brexit continued down its long and winding road, the Duke and Duchess of Suffix stepped back from their royal duties as Boris Johnson and Donald Trump were hospitalized with the virus. Donald Trump took a victory ride around Walter Reed Medical Center waving to his cheering sycophants. When arriving home at the White House, he mounted the balcony like Evita Peron gazing arrogantly down to the press.

From “Warp Speed” in viral research and safe and effective vaccines to “Warp Disaster” on the federal level in distribution. New viral strains were discovered as supply chains clogged. COVID-19 disproportionately impacted people of color while the Republicans continued in their misguided and dangerous efforts to kill the remnants of the Affordable Healthcare Law. Overall college enrollment declined, as anxiety and depression skyrocketed in all demographic categories.

And even through social distancing and isolation, the U.S. suffered the highest number of firearms-related shootings and homicides in the past 20 years with over 19,000. Mass shootings, which are classified as incidents with four or more people shot and injured, had also risen to over 600. This is the greatest number of incidents in the past 5 years.

Attorney General Bill Barr has lowered the bar of justice to subterranean depths. And hardly was the late and great Ruth Bader Ginsberg’s body cool, before Trump inflicted and McConnell pushed in his typical hypocritical fashion the nomination and eventual confirmation of Amy Coney Barrett — pushing the Supreme Court further toward the far political right.

The discovery of safe and effective vaccines along with the presidential election brought in a light at the end of a tunnel: from the least qualified and most corrupt cabinet and advisors in the Trump regime to the highly experienced and committed to serve in the Biden administration.

QAnon conspiracies included the contrived notion that George Soros and Bill Gates are inserting monitoring microchips into people tested for COVID-19, Armed right-wing protestors invaded the Michigan Statehouse while the legislature was in session to intimidate elected officials to lift pandemic regulations, and a kidnap and murder plot was uncovered against Michigan Governor Gretchen Witmer.

At least we will not be collectively subjected to Melania’s tasteless White House decorations and garden desecrations ever again. Dr. Jill Biden, on the other hand, has committed to continuing in her junior college teaching position while taking on her duties as First Woman.

As we mourn so many this year taken from us far too soon, and as we reflect on their lives and their loving souls, we also remember some of the famous who died this year, the trailblazing courage, determination, and strength of, just to name a few: