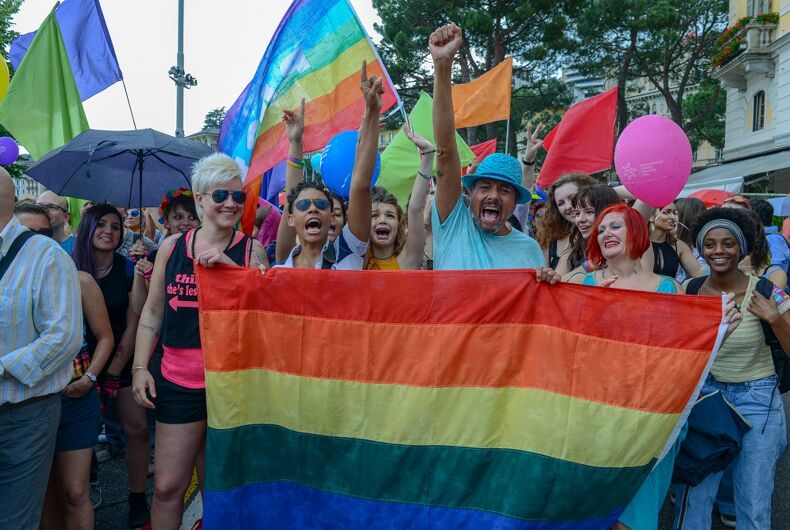 A scene from 2018's Pride in Lugano, SwitzerlandPhoto: Shutterstock

Switzerland is moving forward with a bill to legalize marriage equality, which could make it the next European country to do so.

The Council of States – the upper house of Switzerland’s legislature – passed a law that would legalize marriage equality with a 22-15 vote, with seven abstentions. The lower house – the National Council – passed the bill this past June.

“We have been waiting for this for seven years,” said Olga Baranova of the Marriage For All campaign, referring to how legislation for marriage equality was first introduced by the Green Party in 2013. “The emotions are very strong.”

The Council of States rejected a motion that would have required a nationwide constitutional referendum on marriage equality, which would have significantly delayed the law.

Council of States member Beat Rieder of the Christian Democratic Party argued that a constitutional referendum was needed because the Swiss constitution was originally intended to only give rights to heterosexual people, even evoking the late Justice Antonin Scalia to defend the idea of originalism in a speech.

“The bill does not achieve full equality for children from rainbow families,” LGBTQ organizations said in a statement, according to the Swiss newspaper Le Temps.

The bill now goes back to the National Council for final approval and it is expected to pass before the end of the year.