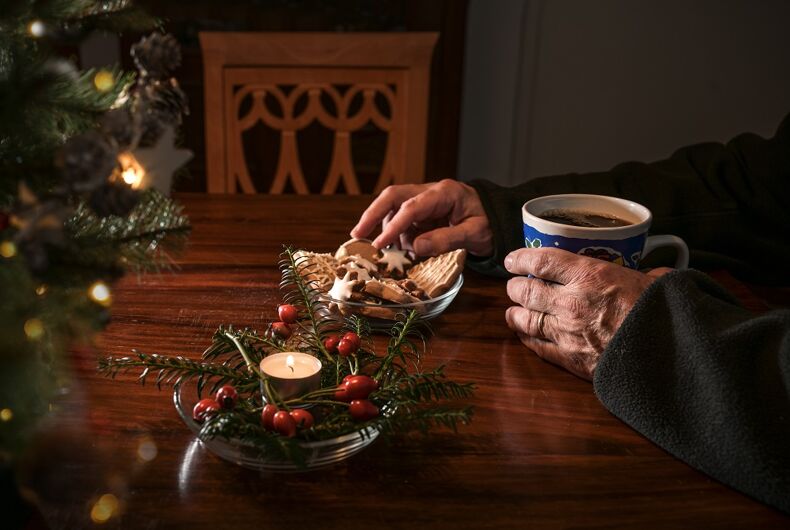 The reverend described an incident that took place just before Christmas 2018 – the last time Scrimgeour-Brown saw her father. That day, she told him that his fourteen-year-old granddaughter was trans and that her name was Layla. Up until Christmas, she texted him reminders to work hard to call Layla by the right pronouns.

Related: “Queer Santa” is coming to make sure LGBTQ homeless teens get presents

“This is an adjustment, I know,” she wrote. “You’re going to slip up, just like the rest of us. What matters is that we try.”

Scrimgeour-Brown did not see her father that Christmas. In fact, she hasn’t seen him since 2018.

“He became more and more entrenched,” she wrote, “insisting that I was morally corrupt to allow my child to become who she is.”

While it was painful to see her father reject her family, Scrimgeour-Brown made it clear that the decision to choose her child over her father was as easy as could be:

Family acceptance of a transgender person, Scrimgeour-Brown emphasized, can be life or death. With disproportionately high suicide rates in the trans community, acceptance is the key differential between trans youth who attempt suicide or self-harm and those who do not.

“So you can be damned sure I was going to see my child respected in her home,” she wrote.

Scrimgeour-Brown’s deep love for her daughter shines through the entire essay.

“My kid is so healthy and so happy and so accepted everywhere in her life,” she wrote, “with just the one glaring exception. And frankly, we don’t miss him. We are surrounded by people who love Layla, and who love us, and unconditionally support us in all the ways they can; in all the ways that matter.”

And for those who may not understand a family member’s coming out, Scrimgeour-Brown also said that the most important thing to do is to respect them for who they are.

“If someone tells you that their chosen pronouns and name are different from what you have known them as, be aware that they have spent the entire time they have known you attempting to conform to your idea of who they are,” she wrote.

“When they tell you, ‘No, this is me, actually,’ that is a privilege. You are being invited to truly know someone! That is a sacred trust, so step up and meet them.”