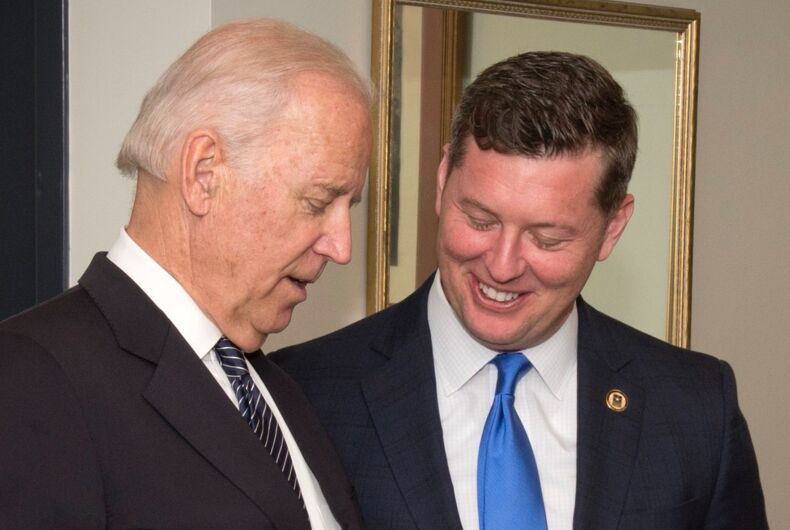 Out former presidential candidate Pete Buttigieg has been frequently mentioned as a potential member of President-elect Joe Biden’s Cabinet, but has so far been passed over in favor of other candidates. Pennsylvania Secretary of Health Rachel Levine, the highest-level openly transgender public official in the United States, was touted as a potential Surgeon General but wasn’t nominated.

Murphy endorsed Buttigieg during the presidential primary before joining the former candidate in supporting Biden.

“He has been a staunch supporter of LGBTQ people and the issues that affect our lives, and he will bring a wealth of experience and empathy with him to the Department of Veterans Affairs, as the new administration works to ensure that all veterans are treated with dignity and respect,” Democratic strategist Zeke Stokes told LGBTQ Nation.

While Buttigieg has also been mentioned as a potential Secretary nominee, the Washington Blade reports that he indicated during informal talks that he was not interested in the position. Most recently, he has come up in rumors as a potential candidate for the U.S. Ambassador to China.

The department is criticized under every administration for failing to serve former members of the armed forces adequately. Chronic underfunding makes anyone running the department a lightning rod for criticism, potentially dooming a Secretary’s ambitions of higher office.

Murphy, who also served as Under Secretary of the Army in the Obama administration, is supported by a who’s-who list of queer community advocates. A letter signed by more than 150 of the nation’s leading activists, leaders, and politicos touts his accomplishments and urges the administration to choose him. Most of the signatories have military experience, or were deeply involved in the fight to end the ban on gay service members.

“To say that Patrick was a leader in the fight to end the discriminatory policy of “Don’t Ask, Don’t Tell” (DADT), banning LGB service members from defending their country in uniform, would be a huge understatement,” they write. “Patrick not only introduced this legislation… and fought for its passage, he worked tirelessly to convince fellow Democrats to support repeal, despite the political risks involved at the time.

“While Patrick lost his seat in Congress,” they write, “he has remained a dedicated advocate, ally and unwavering leader in this fight for full inclusion in our nation’s military,”

“Patrick is not only our community’s choice for VA Secretary, he is the most qualified to take on this challenging position,” the letter continues. “A veteran, a former Member of Congress, and someone who is connected to leaders in the military, as well as organizations advocating for better care and representation of military families, Patrick is the ideal choice for this appointment.”

“We want not only someone who will fight for LGBTQ equality and who will work with the new Biden-Harris Administration to end our nation’s shameful ban on transgender service, we want the person most well-equipped to take on this leadership role.”

Edwards did not support legislation that would have outlawed discrimination against LGBTQ people and refused to co-sponsor legislation to repeal DADT.

Sen. Tammy Duckworth (D-IL) is also reportedly being considered. An Iraq war veteran, she would be the first woman and first Asian person nominated to the position. Duckworth, who was injured in battle and lost both of her legs, has been a staunch ally of the LGBTQ community while in office.

The Electoral College is now the weak link in American democracy

J.K. Rowling says 90% of her fans agree with her transphobia but they’re afraid to say so publicly