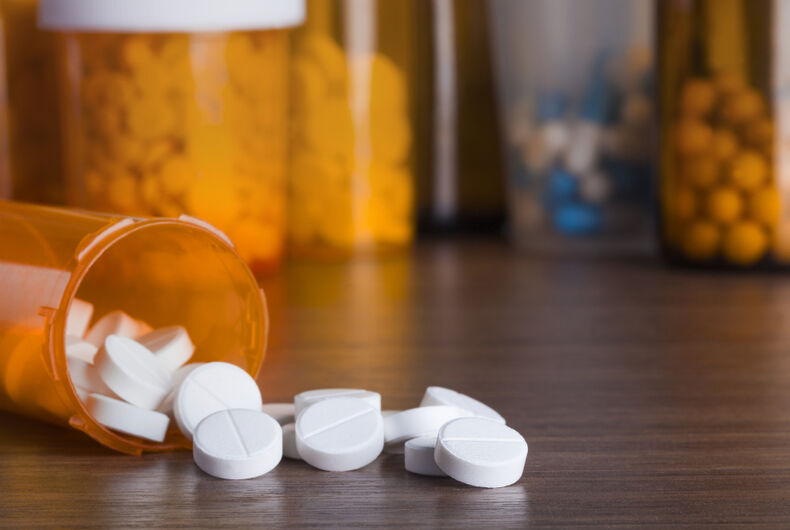 A recent study found that LGB adults are less likely than non-LGB adults to be taking medicine that prevents heart disease.

The study, published this week in the Journal of the American Heart Association (AHA), surveyed 1,531 people at or over the age of 40. It found that less than 21 percent of LGB adults were taking cholesterol-lowering medicine known as ‘statins’, compared to about 44 percent of those who did not identify as LGB.

Related: Queer seniors are more likely to suffer from dementia & the reason is surprising

The data from this first-of-its-kind study is especially key, due to the fact that the AHA has found that LGB adults are already at a higher risk for heart disease, according to the American Heart Association.

This increased risk comes from the added stressors that LGB people experience throughout their lives, as well as the fact that LGB people are more likely to drink alcohol, smoke, use drugs, and/or deal with obesity.

The study also found, however, that there was no difference in the use of statins between LGB adults and non-LGB adults who already had heart disease.

An author of the study, Yi Guo, said there were a number of possible explanations for the disparity between preventative use of statins, including the fact that LGB people may not visit the doctor as often as non-LGB people. This means doctors don’t have as many opportunities to recommend statins to the LGB population.

Guo also emphasized an “urgent need for tailored interventions and campaigns” that promote awareness among the LGB community of the importance of both statins and overall cardiovascular health.

Another author of the study, Jiang Bian, said it’s important for health care providers to “address their own biases and understand the complexities of LGB patients, making sure to provide guideline-directed recommendations in a culturally competent way.”

Bian added that there is also a need for more research on the risks of heart disease in the LGB community, along with an increase in programs to educate health care providers on these risks, and how to ensure LGB people are aware of them.

“However,” said Guo, “since no studies have reported the prevalence of statin use in the sexual- and gender-minority population, our study provides important initial data and validates the need for additional research.

“We need detailed studies to help us understand LGB statin use with clinical data from the real-word, such as those in electronic health records or administrative claims.”