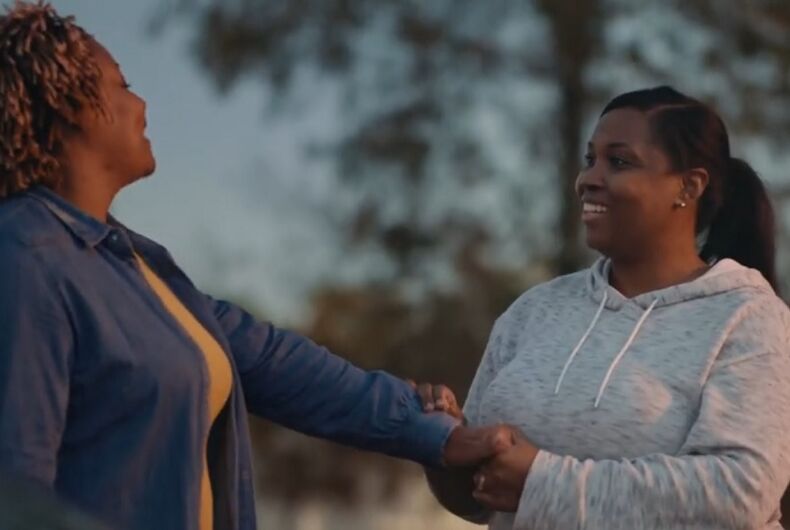 A fifth grade teacher was named one of Mazda’s 50 Heroes and a video narrated by her wife describes all the work she does to make her students feel special during the pandemic.

Related: Texas teacher suspended for being gay will donate $10,000 of legal settlement to an LGBTQ charity

She also visits her students and checks in to see if they’re alright, keeping a safe distance and wearing a mask.

For their fifth grade graduation, she even got medals engraved for each student “so they knew they were special,” her wife Jametria Hunter-Davis said.

“Triana’s heart, commitment, and dedication helped to keep this community intact,” she continued.

Fifty people were named Mazda Heroes as part of the car company’s 100th anniversary and each was given a Mazda MX-5 Miata. When Davis was presented with hers, she couldn’t believe it.

It hasn’t even been 50 years since states sought to completely ban LGBTQ people from being teachers. Even today, private schools are still firing LGBTQ teachers with impunity and even public school teachers are still being told to not talk about their home lives with their students, lest they find out that their teacher isn’t straight.

In reality, LGBTQ teachers like Triana Davis have so much to offer their students and their communities that parents and schools are really punishing themselves when they discriminate.