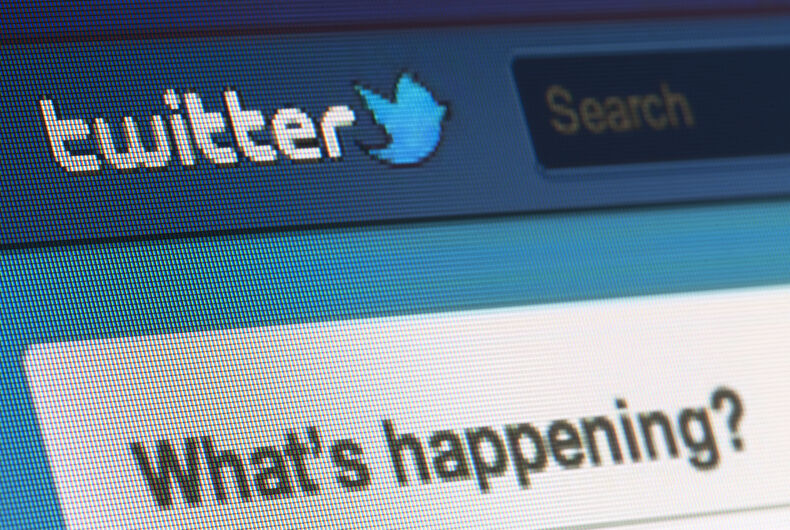 J.K. Rowling recently said that she believes people agree with her transphobic opinions, but they’re just “afraid to speak up” on them. “Many are afraid to speak up because they fear for their jobs and even for their personal safety… this climate of fear serves nobody well, least of all trans people,” she claimed.

Well, it turns out that people are definitely speaking up more about trans issues this year than before. They’re just not saying what Rowling likes: The hashtag #transrightsarehumanrights was one of the top-growing hashtags in the LGBTQ community on Twitter in the year of 2020, exploding in usage by a whopping 557 percent.

Similarly, usage of the hashtags #translivesmatter became more popular than last year by 113 percent. #allblacklivesmatter, typically use to emphasize and include Black LGBTQ+ lives that are sometimes excluded in mainstream media or by anti-LGBTQ supporters, grew by 112 percent. #blacktranslivesmatter, highlighting struggles and violence facing Black trans people, grew by 108 percent.

In a year where the community began relying on online spaces more than ever, the hashtag #LGBTQ grew by 49 percent. The usage of the rainbow emoji went up by 20 percent, the social network announced in its annual “Year on Twitter” data release.

The most used hashtags of the year were #COVID19, #BlackLivesMatter, and #StayHome.

It’s no surprise that #COVID19 and #StayHome are the first and third most Tweeted hashtags respectively of 2020, but we also saw a few interesting trends related to the topics…

There were other LGBTQ highlights from the Year on Twitter global data research published by the company. The Netflix documentary Tiger King, featuring now-out star Carole Baskin, was the most tweeted about streaming show in the United States, second-most tweeted show after ESPN’s The Last Dance, and the ninth overall TV show tweeted about in all of the world.

On average, there were over 7,000 Tweets per minute about TV & movies worldwide this year… so it makes sense that the 🛋 emoji usage went up 40% pic.twitter.com/lEWieTlfxH

Bisexual rapper Cardi B was the sixth-most tweeted about musician of the year.

Overall, the year’s most liked, retweeted, and quote-tweeted post was the announcement that Black Panther star Chadwick Boseman had passed away. It is also the most liked tweet of all time.

Here are some recent highlights from the #transrightsarehumanrights hashtag.

"All human beings are born free and equal in dignity and rights. They are endowed with reason and conscience and should act towards one another in a spirit of brotherhood." – Universal Declaration of Human Rights

At least 36 trans and gender non-conforming people have already been violently killed this year. On #TransDayofRemembrance, we honor them and vow to continue to fight for trans rights. Rest in power.#YallMeansAll #LetTransFolxLive #TransRightsAreHumanRights #TransIsBeautiful pic.twitter.com/rYPOnGxyCX

"There is still a lot of work to do and we can't think that just because you see trans representation that the revolution is over. It's not." #TransRightsAreHumanRights #TransAwarenessWeek @Disclosure_Doc #DisclosureNetflix pic.twitter.com/9U5EkPGyJN

We're proud to add our name to over 200 employers standing up for trans rights!

Happy #TransDayOfVisibility
You are seen.
You are heard.
Your life is valid.
Your pronouns are real.
Your safety is mandatory. #TransRightsAreHumanRights pic.twitter.com/b9ps9vEBho

Happy #TransDayOfVisibility
You are seen.
You are heard.
Your life is valid.
Your pronouns are real.
Your safety is mandatory. #TransRightsAreHumanRights pic.twitter.com/b9ps9vEBho

Editor’s Note: This story previously reported that all of the data represented totals across all of Twitter’s usage. The data in fact only represents the changes within the LGBTQ+ community. We regret the error.

Why won’t this couple’s health insurance give them the same benefits as a straight couple?