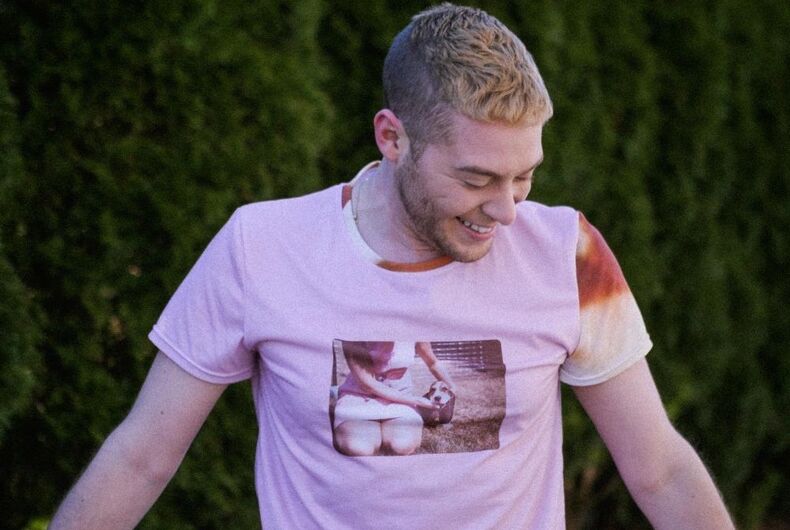 Back in the days of going out to gay bars and clubs, Jordan Star’s amusing way of showing someone he was interested might have looked something like going up to them, pinching their cheeks, and telling them how much of a shayna punim (beautiful face) they have.

He credits this quirkiness (in part) to a deep admiration for his Jewish roots, and love for his family and grandparents. According to Star, this appreciation grew even stronger during the COVID-19 pandemic, during which he lost two grandparents.

“Older generations have inspired and protected me my whole life, and I couldn’t help but feel strikingly helpless to protect them during the pandemic,” Star said, later adding, “Realistically I know that I can’t always protect them, or our culture that has been deeply vulnerable before COVID and even more so after, but I realized that what I could do is celebrate them and shine a spotlight on those who are often overlooked.”

It’s for this reason that he recently launched a new clothing line – bubuleh – that pays homage to his family and history with clothing that is “handmade with a lot of love and just a little anxiety.”

Though this is his first foray into fashion, it certainly isn’t the first time he’s launched a new venture. In 2010, Star became the youngest person in US history to file and pass a state law – Logan’s Law – which outlawed the devocalization of dogs and cats in Massachusetts. He is also a former Venture for America fellow; an organization founded by former presidential candidate Andrew Yang.

Roughly translated from Yiddish (a language historically spoken by Ashkenazi Jews), bubuleh means sweetheart. According to Star, it’s a word full of warmth and joy, but also of resilience.

“Despite centuries of persecution of the Jewish community, Yiddish survived, and it evolved into something beautiful, humorous and eccentric,” Star says.

He hopes that his new clothing will echo this spirit, and bring a little bit of warmth and resilience – and yes, quirkiness, too – to people everywhere. Though the brand is inspired by his family, Jewish roots, and queer identity, he’s designed the clothing for everyone.

The first bubuleh products are now available for pre-order online, and we encourage you to go check them out.