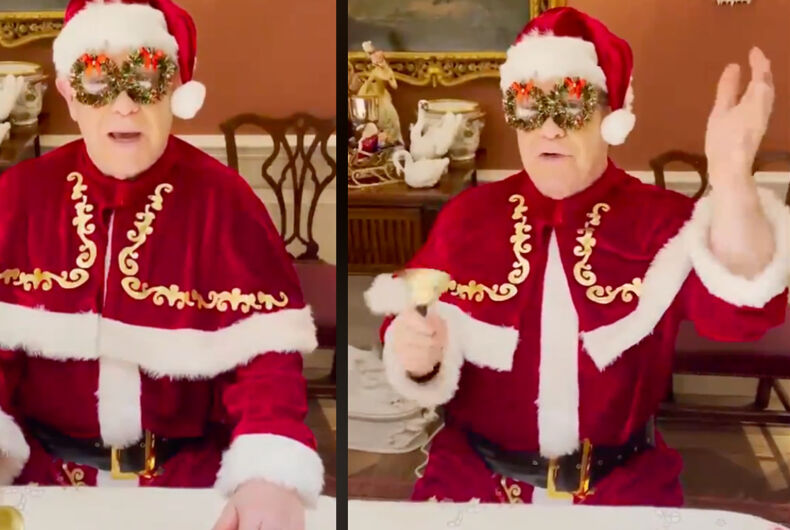 Sir Elton John was the top-selling live touring act of 2020.

Of course, once coronavirus spread like wildfire, causing a global pandemic, most live events came to a halt. Most large scale music events haven’t resumed yet. Still, just the six weeks of John’s sold-out performances for his “Farewell Yellow Brick Road” Tour to open the year earned him the crown.

Related: The new Elton John Barbie doll is so popular it sold out immediately

“Given a full 2020, he likely would have cleared the $200 million milestone,” Billboard determined. He is now the second-highest earning live solo performer, after Bruce Springsteen.

On top of his Academy Award win in February, that would be a fitting high note to end the “Farewell Yellow Brick Road” tour on. Unfortunately, though, the last part of his three-year retirement trek did not end on a high note.

Even prior to the pandemic hitting the entire world hard, John had to walk off stage in the middle of a stop in Auckland, New Zealand. He had came down with walking pneumonia, it was later revealed, but he still put on over 90 minutes of his act before leaving the stage.

As some dates were eventually rescheduled as he recovered, more and more shows would begin getting pushed back because of coronavirus – which would lead to the entire last leg of the tour being postponed.

But, rather than give up, the 73-year old is determined to get back on the road — and he showed it in a Christmas video posted on social media.

“I hope you’re all well and safe,” John says, donning a full, decked-out Santa costume, complete with a cape and eyeglasses made to look like mini wreaths.

“And I cannot wait to see all of you back, next year when we start again — hopefully,” he chimes.

John is planning to start again in Berlin, Germany, for September 2021, “And then America, and then Canada after that,” according to the musician.

After that, John starts singing “Merry Christmas” to viewers while ringing his actual jingle bell.

It’s the same one he wore in a viral TikTok video with his family, where he, his husband, and two sons get dressed up to his famous holiday tune “Step Into Christmas.”

We were so inspired by all of your amazing #StepIntoChristmas videos, we made our own! 🎄🚀 #christmas

While this still looks to be his retirement tour, John has a long time to go before he wraps it up for good, as the tour is booked to go on until at least January 2023. That is, assuming that all is well at the re-start point of September.

And tickets are already on sale.

In the meantime, the entertainer has to find other ways to fill his time. He’s been reportedly checking in on Ozzy Osbourne and his family often, and just a few days ago, he and his husband David Furnish sent a virtual “Happy Birthday” video message to activist and journalist Mark S. King for his 60th Birthday Bash.

King’s event, with John and Furnish’s contributed presence, raised over $20,000.