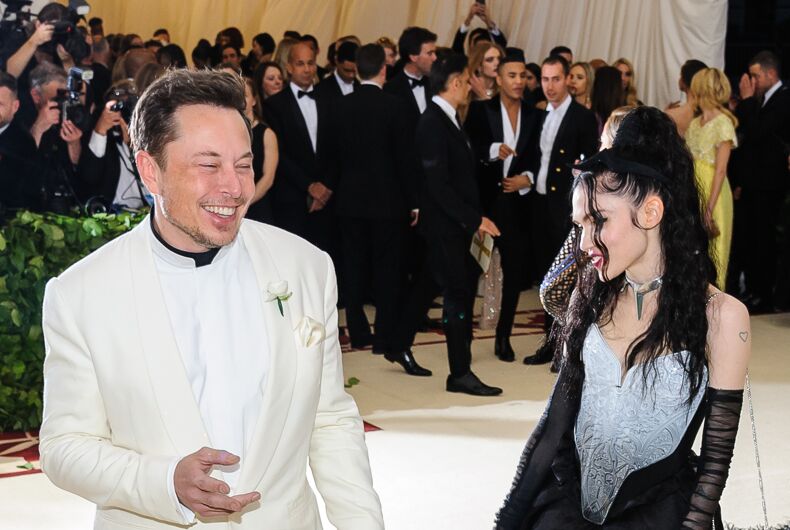 Elon Musk may be one of the most hated people in America along with one of the richest. And whether he’s decrying coronavirus precautions like a COVIDiot or trolling transgender people online, he doesn’t seem to care.

Even Musk’s partner, the out musician Grimes, has publicly chastised him for demeaning transgender issues, because while Musk can start two groundbreaking companies, he can’t seem to wrap his mind around pronouns.

The billionaire has repeatedly gone off about personal pronouns, in particular Twitter users who add their pronouns to their bios or who talk about it on the service.

This time, Musk tweeted a meme showing a colonial British soldier holding a musket and wiping his face with blood along with the caption “when you put he/him in ur bio.”

Thank you Elon Musk for reminding the world that just because someone's rich doesn't mean they're smart.

Once again, Musk managed to rile up the internet and bask in the glory of the upset he’d caused.

In July, Musk posted a short tweet: “Pronouns suck.” And his partner Grimes wasn’t having it. She immediately told him to “turn off ur phone or give me a dall [sic],” saying that she knows “hate… isn’t your heart.” Her tweet was later deleted.

Chasten Buttigieg, the elementary school teacher whose husband is former presidential candidate Pete Buttigieg, also shot back to Musk, telling him to “see me after class and we can go over the worksheet again.”

Guardian of the Galaxy’s Star-Lord revealed as bisexual. Will Chris Pratt have a religious issue?