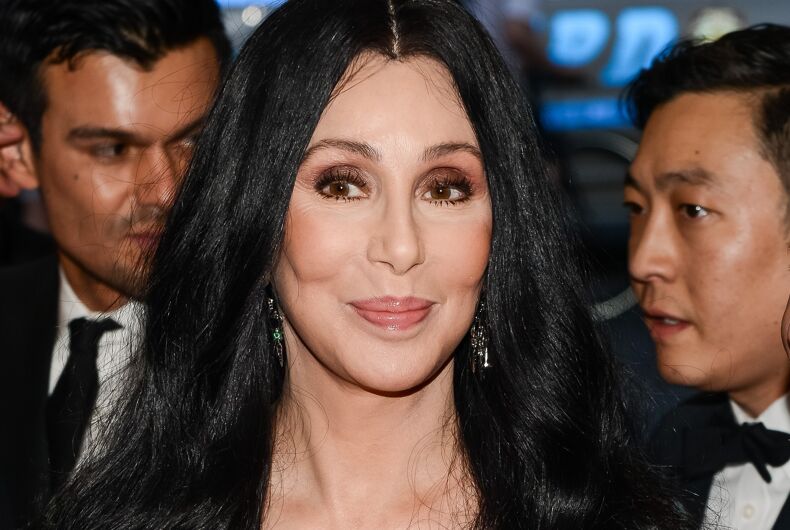 Cher explained why she felt such a tie with gay people since she was nine-years-old in an interview with CNN’s Christiane Amanpour.

Amanpour asked Cher if having a transgender son – Chaz Bono – made her “sympathetic to the LGBT community,” and Cher said that she liked gay people going all the way back to when she was nine-years-old.

“One day I came home and there were these two men in my living room with my mom and my aunt,” the legendary singer said. “They were doing their hair and talking, and I was thinking, ‘Why haven’t we ever had these kind of guys around? Because these guys are, like, the coolest.'”

“That was my beginning into the gay world,” she said, “and we were always like this because gay people don’t feel like they fit in, and I never felt like I fit in.”

She added, “I think it’s about the fear, mostly. I felt, who will this new person be? Because I know who the person is now, but who will the new person be and how will it work and will I have lost somebody?”

Then Cher had a revelation: “I thought of something else: I thought, my god, if I woke up tomorrow and I was a man, I would be gouging my eyes out. And so I know that if that’s what you feel then that must be so painful that it doesn’t make any difference what anyone else feels or what anyone else thinks.”

Dem politician secretly recorded denigrating a transgender woman as “an it”