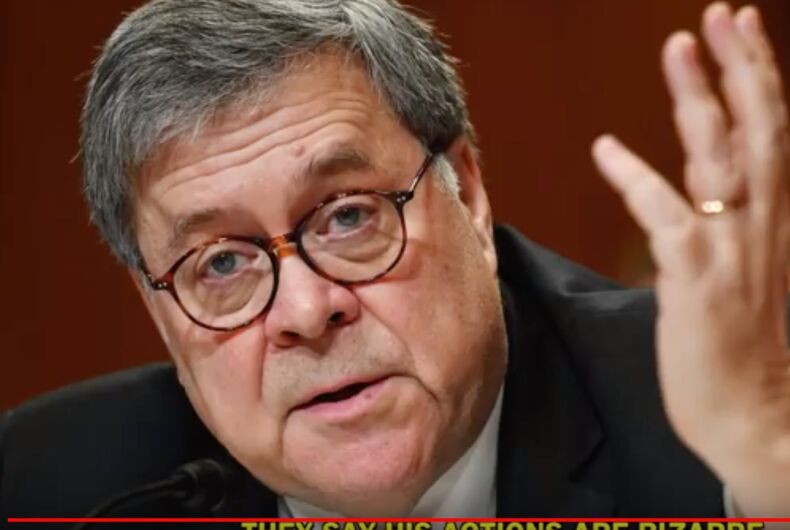 Loyalty is a one-way street with Donald Trump, so it’s not surprising that Trump pushed his attorney general, William Barr, to the exit despite all Barr did for him.

Trump wanted Barr to declare the presidential election a fraud solely on the grounds that Trump lost, and Barr refused to go along. An infuriated Trump had hinted broadly that Barr was on thin ice, and yesterday the ice cracked.

With little more than a month before Joe Biden becomes president, Barr’s departure will have little practical effect. But it doesn’t matter. Barr has already wrought incalculable damage to the Department of Justice (DOJ).

Far from following the principle that the Justice Department needs to stay out of politics, Barr made the DOJ Trump’s personal law firm. In everything from his deliberately misleading characterization of the Mueller report to his appointment of a special prosecutor to dig up dirt to help Trump’s re-election, Barr served as Trump’s legal hammer.

While Barr’s actions received a lot of attention, his beliefs received much less. But they were even scarier.

Barr, a conservative Catholic, believes that the nation is engaged in a holy war against “militant secularists” and that the role of government is to promote “a real, transcendent moral order which flows from God’s eternal law.” He said as much quite proudly in an address at the Notre Dame Law School in 2019.

Natural law has been used to argue against LGBTQ rights for decades, on the grounds that who we are is against God’s plan. In fact, Trump established a committee to promote just this very concept.

Barr made it clear where he stood on that idea. In his Notre Dame speech, he slammed LGBTQ rights, complaining about school curricula promoting LGBTQ acceptance that “many feel is inconsistent with traditional Christian teaching.”

Barr put his beliefs into action. Under his watch, the DOJ became a booster of religious liberty arguments, which would give religious conservatives cover to discriminate against LGBTQ people. Barr was particularly fervent about the issue, so much so that the right-wing Washington Examiner declared him “Trump’s dedicated enforcer on religious liberty issues.”

Meanwhile, LGBTQ employees at the DOJ found the atmosphere under Barr’s tenure so intolerable that they sent Barr a letter complaining about discriminatory treatment that was forcing many of them to consider leaving.

Democrats have been unsparing in their criticism of Barr. Last month, Sen. Jeff Merkley of Oregon pulled together a Twitter thread that outlined all the instances where Barr had “abused his office & corrupted the DOJ.”

The irony is that Barr wasn’t corrupt enough for Trump’s taste. For Trump cultists, Barr is now a symbol of “deep state” resistance to Trump’s authoritarianism. But Barr furthered Trump’s worst impulses for almost two years. The damage that’s caused will be with us a lot longer.