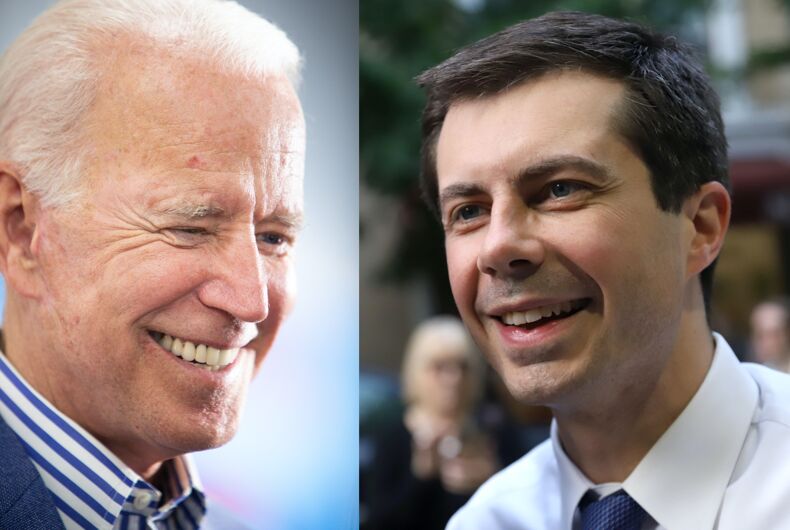 President-elect Joe Biden introduced former South Bend mayor Pete Buttigieg as his pick to be transportation secretary during a press conference today. Buttigieg would be the first out Cabinet member if confirmed by the Senate.

Buttigieg is the only former 2020 presidential candidate to earn a spot in the Biden administration so far. Buttigieg endorsed Biden as he dropped out of the race after winning the Iowa caucuses.

He echoed those comments when explaining his decision to nominate Buttigieg, saying, “I got to know Pete on the campaign trail. He is one of the smartest people you’ll ever meet and one of the most humble. A mayor from the heartland, a management expert, a policy wonk with a big heart, a veteran, a lieutenant in the United States Navy Reserve, an intelligence officer deployed to Afghanistan while he was mayor. A new voice with new ideas, determined to move past old politics.”

Buttigieg said he remembered the opposition to former ambassador James Hormel, a gay man, during the Clinton administration and the message it sent to him as a teenager.

Buttigieg also noted that while no one thinks that transportation secretary is a dashing and romantic job, he’ll be overseeing the airline industry and that he proposed to his husband, Chasten, at an airport.

“Don’t let anybody tell you that O’Hare (International Airport) isn’t romantic,” he joked.

While President Donald Trump appointed Richard Grenell as acting Director of National Intelligence, a Cabinet-level position, Grenell wasn’t confirmed by the Senate and only served as a seat warmer for the incoming DNI.

It was B5. Proof that love actually is all around. 💙😊 https://t.co/9sIoUPjmKf pic.twitter.com/fVAcL9ch4r

A transgender woman won Jeopardy! She wore a trans flag pin to represent.