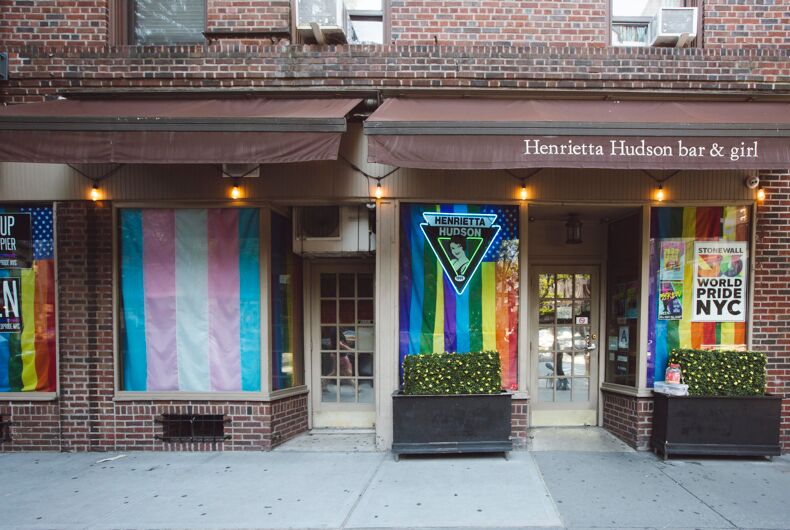 There are approximately fifteen lesbian bars left in the entire country, and the pandemic has put the existence of many of these iconic institutions in jeopardy.

But the remaining bar owners are refusing to give up.

“To me there is no alternative, it has to reopen,” Lisa Canistracci, owner of the country’s oldest lesbian bar, New York City’s Henrietta Hudson, told LGBTQ Nation.

When Canistracci first learned her bar would have to close back in March, she said she “hit the ground running” with interviews, panels, and podcast appearances to generate buzz for her ongoing fundraiser.

That, in addition to virtual events, has kept the bar well-positioned to re-open.

On April 17th, 2021 the bar — which was primarily a dance club before COVID-19 — will re-open with a brand-new business model and “with a bang,” she declared.

“I don’t foresee dance clubs as we knew them, packed dance clubs, coming back in 2021,” Canistracci said. “So we’re going to convert into a lounge and do a massive outdoor kiosk.”

With Henrietta’s taking up four storefronts, Cannistraci has plenty of space to play around with. She’ll also be adding a pop-up kitchen with small plates, specialty cocktails, and more.

“It’s a big undertaking,” she said, “but I’m really surrounding myself with people who are specialists in what they do. It’s one step at a time.”

Pre-empting the re-opening, Henrietta’s will also soon begin remote sessions with authors, comedians, chefs, and other professionals. Canistracci described the events as “like Masterclass but with a queer twist.”

Before the pandemic, 80% of Gossip Grill’s business came from its bar and nightclub sales. Since March, Girton has leaned exclusively on its restaurant, as well as creative virtual events.

“The word of the year has been pivot,” she said. “We just keep trying to pivot and roll with the punches and see where we can make up some of that money. But overall, we are still operating at 60% down from last year and years prior. So it has been a struggle.”

The vaccine, she said, has made it feel possible that sometime next year, customers may be able to walk into the bar and simply order a drink — something not currently allowed in California.

“The good news,” she said, “is we have done so much work building our clientele based on our food,” she added, “that when the bar opens up, and eventually when night clubs come along, which hopefully will be in the next year, we have done such a great job in adding that food aspect that we should really just explode.”

Like Canistracci, Girton emphasized that re-opening is not only a possibility, it’s a reality. Gossip Grill was one of the most successful bars in the area, she said, and it needs to be there for the customers who love it.

“I want to be there for our community, not only… for our women’s community and our trans community, but also just the LGBTQ community in general, and [we need to survive] as one of the last lesbian bars – and we will.”