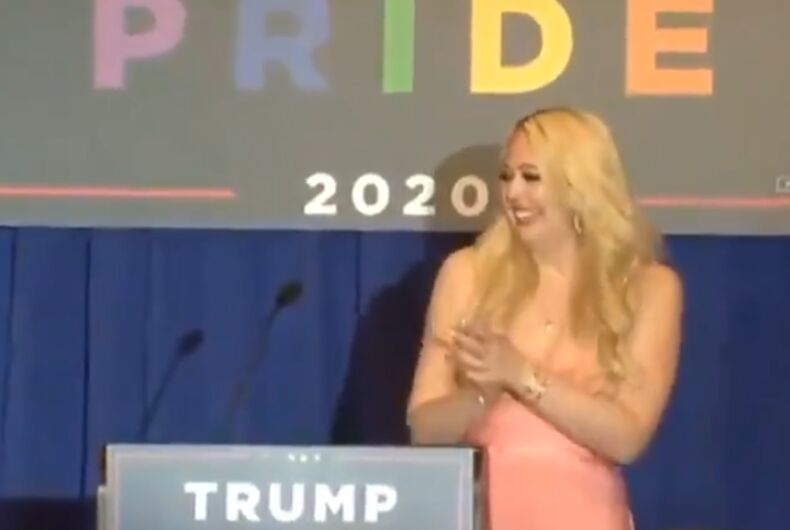 The Trump/Pence 2020 campaign has tried to reach out to LGBTQ voters (or, in the case of Tiffany Trump, the “LGBQIA+ community“) in the last month of the campaign, and it hasn’t always gone as planned.

The Recount, which makes video news for social media, put together a super-cut of the Trump campaign’s attempt at outreach – spliced in with news of some of the Trump administration’s attacks on LGBTQ rights – and it’s devastating.

Donald Trump’s daughter Tiffany Trump and his wife Melania Trump have been working with organizations like Trump Pride and the Log Cabin Republicans to sway queer voters to the right, making claims that run counter to the reality of the last four years.

“The Trump family has spent the campaign’s closing days white-washing the president’s abysmal record on LGBTQ issues,” The Recount wrote to describe the video.

Queer conservatives and the Trump campaign surrogates like to claim, for instance, that Donald Trump is the “first president to enter the White House supporting gay marriage,” even though he has repeatedly said he’s against it, never said he was for it, and appointed an anti-marriage equality justice to the Supreme Court this past September.