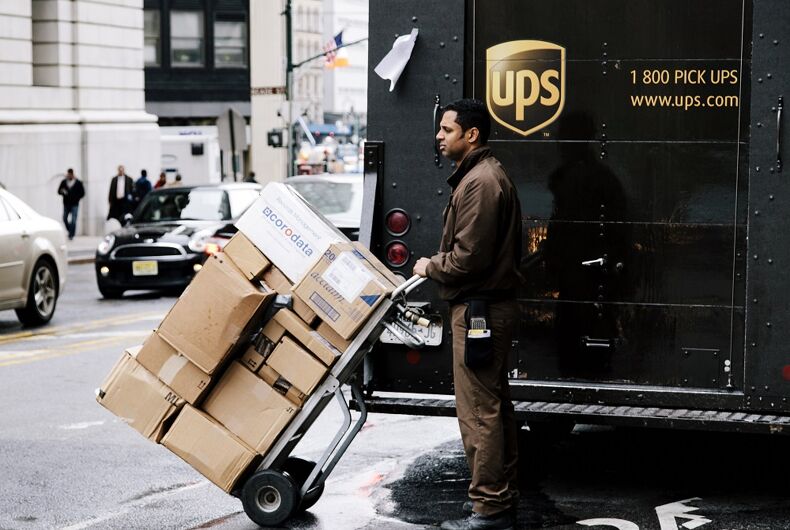 UPS is updating its dress code and making it gender-neutral… while keeping its famous brown uniform.

The parcel delivery service, which employs almost an estimated half-million workers, wants workers to know that they’re expected to maintain a professional appearance, but they don’t have to conform to gendered rules anymore.

“No matter how you identify – dress appropriately for your workday,” the company told the Wall Street Journal. The move will allow male employees to have long hair regardless of their religion.

The new policy will allow employees to have beards and mustaches, “as long as they are worn in a businesslike manner and don’t create a safety concern.”

Piercings are now OK as long as they’re small or they’re earrings, but tattoos still need to be covered up.

“These changes reflect our values and desire to have all UPS employees feel comfortable, genuine and authentic while providing service to our customers and interacting with the general public,” the company said in a statement.

The changes come as the company is headed by its first woman CEO, Carol Tomé, and are a response to employee feedback which cited the more strict dress code as a reason they wouldn’t recommend their friends work for the delivery company.

A 2019 survey sponsored by the Unilever brand Dove found that Black women were 1.5 times more likely than white women to be sent home from work because of their hair and 80% more likely to say that they modified their hair to fit in at work.

“It never made sense that ‘natural’ hair was impermissible,” Lucinda Duncalfe of the diversity hiring firm AboveBoard.com told CNN Business, who said that the policies “are hold-overs from a different era and reflect the biases that hold back progress, and performance.”

In 2018, UPS agreed to a $4.9 million settlement with the Equal Employment Opportunity Commission (EEOC) as a result of its strict appearance policy. The EEOC said that male employees who had long hair and beards for religious reasons were relegated to non-supervisory roles and jobs with no interaction with customers.

“UPS’s strict appearance policy has operated to exclude Muslims, Sikhs, Rastafarians, and other religious groups from equal participation and advancement in the workforce for many years,” said EEOC attorney Elizabeth Fox-Solomon at the time. “We appreciate UPS’s willingness to make real changes to its religious accommodation process to ensure equal opportunity for people of all backgrounds.”

UPS required to make a religious exception to its appearance policy and provide additional training to managers on it.