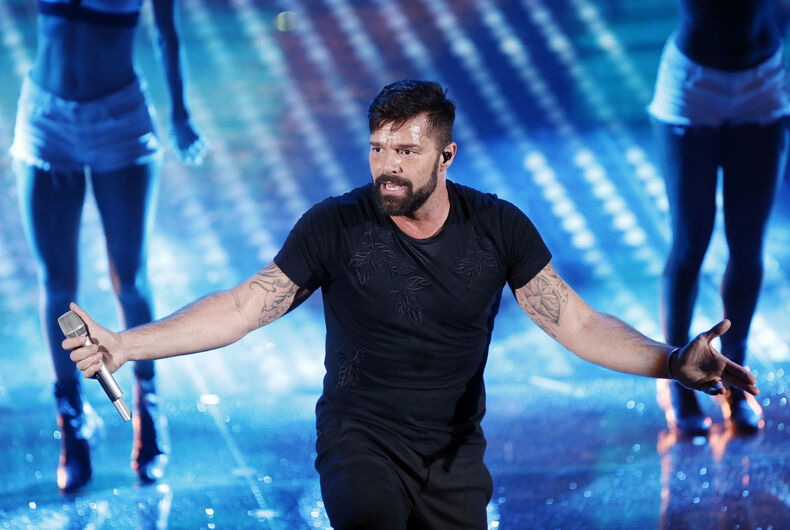 Donald Trump is polling even higher with U.S. Latinos right now than in 2016. And Ricky Martin is more than concerned: It’s “really scary,” he said, and “super sad.”

The 48-year-old Puerto Rican superstar made the remarks on a Variety podcast, “The Big Ticket.”

“This is the moment. We all need to get together and be loud about the course of this nation,” he urged.

Martin stumped for Joe Biden in person, too. At an event in Kissimmee, Florida, where actress Eva Longoria and musician Luis Fonsi also showed support, Martin spoke to the Democratic candidate’s character.

“He believes his family and mine are more similar than different,” he says, adding that Biden believes “everyone has a place in this country.”

A stoic, steadfast Martin spoke directly to Puerto Ricans living stateside, begging them to make their plans to vote.

Martin is well-known for his political activism; he’s championed LGBTQ rights, positive immigration reform and, in general, a pro-people and working class ideology.

In the summer of 2019, he joined the people of Puerto Rico in a movement to oust then Governor Ricardo Rosselló. Embroiled in a leaked group chat scandal, Rosselló was scrutinized for potential corruption, and also made light of Puerto Ricans who died in Hurricane Maria. Rosselló also participated in homophobic “jokes” about Martin specifically.

Slammed with a historic swell of public outcry, he resigned within months of the movement.

NBC reports that 29 percent of Latinos support Trump. Considering Trump’s anti-Latino remarks and policies, those number are confounding, but there are many staunchly conservative Latino people.

Another 62 percent, however, support Biden.

Out congresswoman Sharice Davids is fighting to keep her seat for a second term. Here’s why.

Some LGBTQ leftists still struggle to vote for Joe Biden