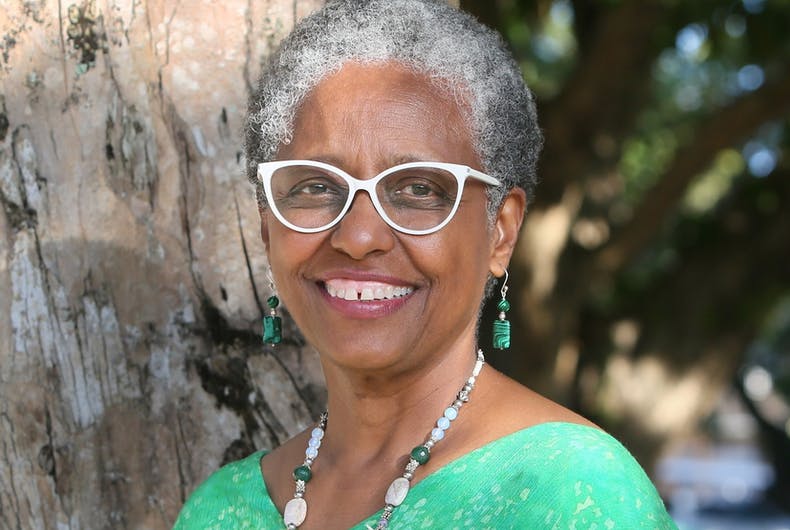 Puerto Rico’s LGBTQ community has never had LGBTQ representation in the territory’s congress. That changed last night: Ana Irma Rivera Lassén won her bid for senate, making her the first out elected lawmaker in the island’s history.

Religious conservatism, anti-LGBTQ discrimination, and sexism are staples of Puerto Rican politics, particularly among the New Progressives Party. But the other of the two main parties, the Popular Democratic Party, has never pushed a proudly LGBTQ candidate through either.

Rivera Lassén, however, made her way into the Senate via the Citizens’ Victory Movement, a brand new party; she’s the spokesperson. The MVC (its Spanish abbreviation) broke ground this year, earning multiple posts. (That might include the San Juan mayor’s office, too: a tight margin warranted a recount, and it’s currently underway.)

Breaking into the senate is not Rivera Lassén’s only pioneering first. She’s also the first Black woman to have led the Bar Association of Puerto Rico. Her work as a feminist is groundbreaking, too: In the ‘80s, she sued (and won) when a judge denied her entry to the court because she was wearing pants, rather than a skirt or dress.

Additionally, Rivera Lassén is in favor of decolonization, a perpetually growing movement that, despite its long history, remains in contrast to the position of pro-statehood Puerto Ricans.

Her outsize mission: fighting for human rights. Rivera Lassén will continue to do just that, as she always has, only now, she’ll be doing it from inside Puerto Rico’s capital building.

Transgender Afghanistan veteran could be kicked out of the National Guard. So she’s suing.